Millions expected to join global Women's March on Jan. 18 to 'act as a catalyst for political and social change' 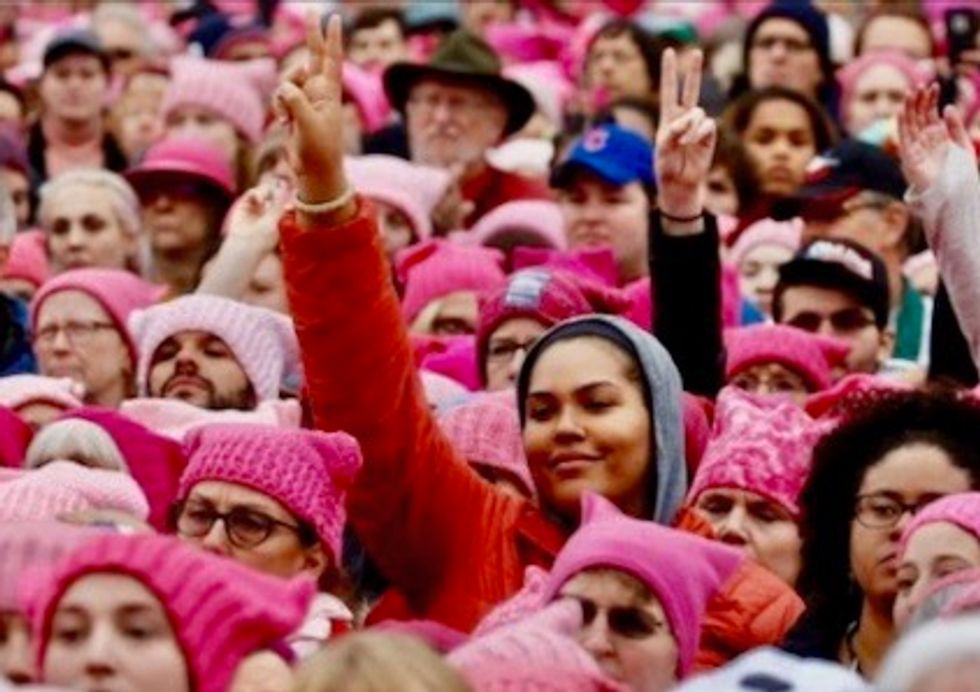 "Together, we will inspire change and launch women and their allies into a new decade of activism."

Millions of advocates for women's human rights are expected to take to the streets in dozens of cities worldwide on Saturday, Jan. 18 for the fourth annual Global Women's March.

"The subversion of women's human rights is extremely detrimental to the significant progress women have made over hundreds of years in their quest for social justice and equality."

The broad aim of this year's global action, officially called the "March for Our Human Rights," is to protest against "women's struggles in exercising bodily autonomy, the right to self-governance over one's own body without coercion or external pressures," according to organizers.

This year's March For Our Human Rights will call attention to the dangerous and alarming repeal of women's rights to bodily autonomy, bringing international attention to these pressing issues. By harnessing the power of the women's human rights movement through action-oriented solutions, the march will be instrumental in inspiring a new decade of progress in the push for civil and social equality.

"The subversion of women's human rights is extremely detrimental to the significant progress women have made over hundreds of years in their quest for social justice and equality," Mishra-Newbery said in an earlier statement. "Collective action is needed to overcome this systemic discrimination and advance human rights."

Given the ongoing bushfire crisis in Australia, Women's March Sydney announced earlier this month that its march has been postponed. The group added that "climate justice affects us all, but we also recognize that climate issues disproportionately impact vulnerable communities, including First Nations people and women," and urged supporters to consider donating to a GoFundMe fundraiser for providing fire relief to First Nations communities.

"Women's March Global is honored to be working alongside such impact-driven organizations that have been such a force for change for women worldwide," said Mishra-Newbery. "Together, we will inspire change and launch women and their allies into a new decade of activism."

National Nurses United (NNU), the largest union of registered nurses in the United States, announced in a statement Friday that its members planned to join marches nationwide—from Chicago, El Paso, Kansas City, and Washington, D.C., to multiple cities in California and Florida.

"As proud union nurses, we are marching because we know unionism and feminism go hand in hand," explained NNU executive director Bonnie Castillo, RN. "The collective voice and protection of our union is what enables our women-dominated workforce to advocate for our patients, for each other, and for healthier, safer communities."

We know unionism and feminism go hand in hand! Thrilled to march this weekend and build collective power with our… https://t.co/b82ojPeSt9
— Bonnie Castillo (@Bonnie Castillo) 1579285254.0

NNU vice president Sandy Reding, RN, said that "we know with a union contract, we can combat wage discrimination, workplace violence, and gender discrimination. But really, we take part in this march to speak up for our communities. We want to make sure we have clean air and water and that people can get the medical care they need when they need it."

Union member Terrie Weeks, RN, who will be attending an event in Gulfport, Florida, has been involved in the Women's March since it began.

"I'm marching because I want my country back," Weeks said. "I really want to stand up for the rights of myself and my sisters. Nurses are advocates for our patients; we are advancing the right for everyone to have high-quality healthcare, a high-quality environment, and a high-quality social safety net."

The first Women's March was held in the two days that followed U.S. President Donald Trump's inauguration in 2017. What started as a series of U.S. actions to protest the new president grew into a global affair that drew millions of people to the streets.

As Common Dreams reported at the time, march organizers in Kenya said that "the recent elections in the United States have shown how real the threat is to our collective rights and liberties. We march together for the protection of our rights, our safety, our families, our health, and the health of our planet—recognizing that our vibrant and diverse communities are the strength of our society."