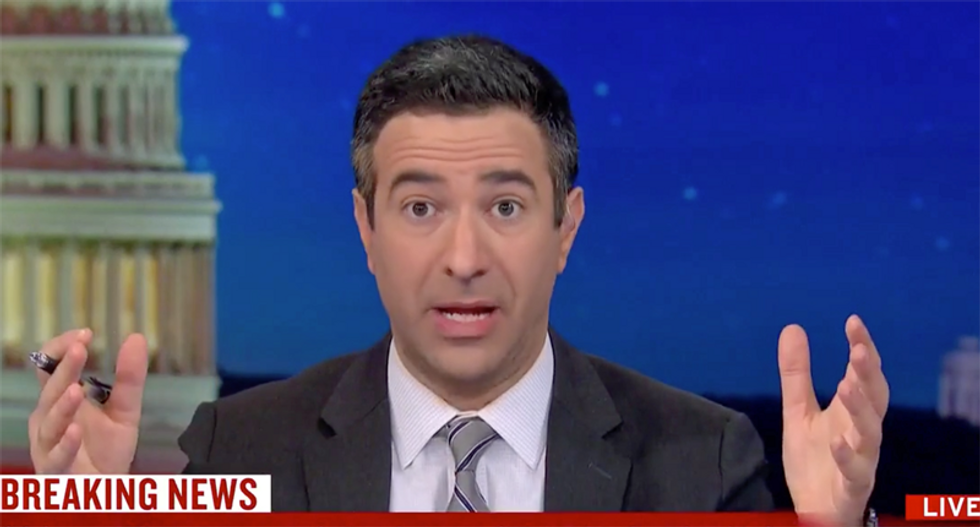 Ari Melber is host of “The Beat” on MSNBC (screengrab)

"Today, senators finally participated in this impeachment trial themselves, with the questions you've been listening to," Melber noted. "We just saw Alan Dershowitz unloading on his Harvard colleague, Larry Tribe. Well, here he was offering an argument that doesn't sound very constitutional at all. The idea that if the president thinks his reelection is in the public interest, then whatever he does to win is not impeachable."

"Trump lawyers arguing that quid pro quos are also common in foreign policy, a little beside the point," he said, introducing a clip.

"If a president does something which he believes will help him get elected in the public interest, that cannot be the kind of quid pro quo that results in impeachment," Dershowitz claimed.

"Now think about it. President Nixon may have thought his own reelection was in the public interests, but of course he faced impeachment for abuse of power for schemes to get reelected and take out his rivals," Melber explained.

"A quid pro quo is just a deal. You can have a quid pro quo for a legal goal, like exchanging prisoners for the United States," he continued. "Or you can have one for an allegedly impeachable goal, like preventing your rival's election."