MSNBC's Nicolle Wallace nails Trump's defenders: 'Not only has no one said he wouldn't do this -- no one has said he didn't do this' 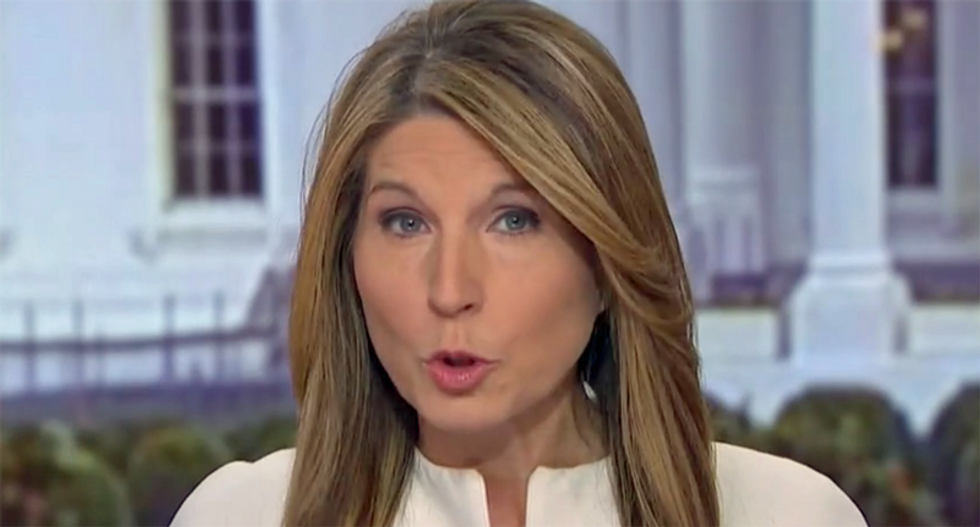 As the impeachment trial took an afternoon break, MSNBC host Nicolle Wallace made the point that neither the White House legal team nor the president's Republican allies are defending what he did.

Typically, when someone is the defendant in a trial they work to defend themselves. That is different in President Donald Trump's impeachment.

Maya Wiley, a legal analyst and professor at The New School for Social Research, explained that the president's White House team of lawyers seems to have decided on that spin as their argument.

Wiley held up the White House brief noting that Trump's team made exactly the point that the House Democrats are making to the Senate.

"Either you have to stipulate to the facts, which are that he did it," said Wiley. "And this brief really is saying he did it. I mean, if you read it in plain language, 'he did it. He just shouldn't be impeached for it.' I think the only argument to make in the absence of evidence to do what you're saying, Chris, which is to say, 'he is a good guy, he wouldn't do what you're accusing him of.'"