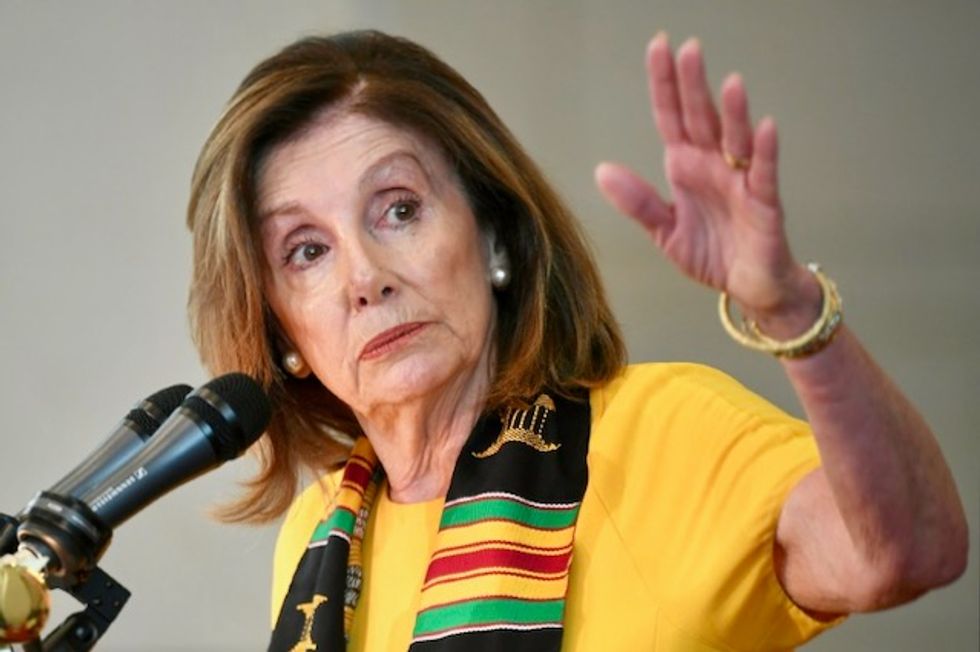 US Speaker of the House Nancy Pelosi Mandel Ngan (AFP)

House Speaker Nancy Pelosi has her reasons for limiting her impeachment articles to offenses stemming from the abuses and violations related to Ukraine. Unfortunately, she declined to pursue a broader impeachment approach that recognizes multiple provable, serious violations of the Constitution. Speaker Pelosi overruled Chairs of Committees, including the Judiciary Committee, and other senior lawmakers who wanted to forward to the Senate a broader array of impeachable offenses.

Having lost four of the last five House elections to the worst Republican Party in history, Speaker Pelosi remains cautious. She is overly worried about the conservative Democrats who won congressional seats in 2018 in Republican, pro-Trump districts. Endangering their seats might, Pelosi fears, lead to the loss of the House in 2020 and, more immediately, risk not having the votes in the House to pass additional impeachable offenses.

Other knowledgeable House members think she is too reticent and guarded. They think Trump has huge downsides. It is no secret that Pelosi has called Trump “a crook, a thief, a liar,” and that “he should be in prison”— just for starters.

In addition, there is her well-known general distaste for the impeachment power, because she believes it divides the country. In 2007, Pelosi took off the table impeachment of the war criminals George W. Bush and Dick Cheney. Regardless of her feelings on impeachment, Trump has been a belligerent, monarchical President with a history of constitutional violations and inciting violence. To our Republic’s founders, Trump’s dictatorial, flagrant behavior would only strengthen the necessity of impeachment and conviction.

Speaker Pelosi also believes turbulence of further impeachment proceedings in the House would spill over into the presidential primary elections, embroiling the Democratic candidates and distracting them from their chosen agendas and campaigns. The Speaker is very attentive to the polls, telling people that the Democrats went against Nixon when the polls were 60% against him—A CNN poll recently found that 51% of respondents want Trump removed from office. By contrast, in 1998 the Republicans impeached Bill Clinton with only 24% support in the polls.

Unfortunately for the country, the House sending the Senate narrow charges instead of ‘throwing the book’ at Trump assures, barring some “black swan” event, that the ditto-headed Republican Senators under “Moscow Mitch” McConnell will vote to acquit him. This is likely even if witnesses are called to make an airtight case even stronger. Trump has cleverly tethered the political future of the GOP to his re-election telling anyone straying to be ready for massive public intimidation.

Trump is lucky  that he avoided being charged both with “bribery” and across the board defiance of Congressional subpoenas of witnesses and documents by other House Committees. Donald will gloat that those two additional articles, which are Nancy’s publicly expressed beliefs, were not presented and passed because they’re all “lies, fake,” and that he didn’t do “anything wrong.” Before large crowds of Trumpsters he will say the same about other serious, continuing impeachable offenses that are stripping Congress of its major, exclusive authorities under the Constitution. See the  statement submitted by me and constitutional law experts Bruce Fein and Louis Fisher in the Congressional Record (December 18, 2019, page H 12197).

You can’t get more basic, lawless behavior than an imperial president who flouts the Congressional “power of the purse” by spending money not authorized by Congress and threatening and making war as if he is a King. Trump is defiantly and corruptly refusing to faithfully execute the laws, and is abusing “the public trust.” As Alexander Hamilton said, this is the very definition of “high crimes and misdemeanors.” Trump is violating criminal statutes such as the Antideficiency Act, the campaign finance laws, and the anti-snooping law requiring judicial approvals.

By sending earlier a broad array of impeachable offenses to the Senate, including articles of impeachment that address Trump’s corrupt repeal of health, safety, and consumer protections of the American people, Pelosi could give the public a stake in impeachment.  A broader number of articles or counts of impeachment would also give citizens an informed sense of what Trump has done to harm people and would increase public support for impeachment. Important constituencies—women, patients, workers, minorities, environmental advocates, and protectors of defenseless children will understand why impeachment affects them directly. Despite the importance of the Ukraine extortion/bribery scandal, most people do not perceive themselves as having a personal stake there.

Speaker Pelosi missed known opportunities to throw the Republicans on the defensive in the Senate and tie them up in knots. Let Mitch McConnell’s gang try to defend, before tens of millions of television viewers, the crooked serial sexual predator, bigot/racist, chronic liar, and inciter of lawlessness. The raging, foul-mouthed, egomaniacal outlaw in the White House will only make it harder for the Republicans with his daily torrent of terrorizing tweets.

It looks like, as has been the case from his long, bankrupt-ridden business career to the Presidency, Donald Trump will again escape the rule of law.

Nancy Pelosi did just the minimum to impeach Trump in the House, but nowhere near enough for enlarging the public demand to remove him from office by the Senate. Maybe that was the limit of her expectation from the get go.

Surely, Speaker Pelosi at least wants to diminish Trump’s gloating that additional articles of impeachment were not presented to the Senate because these charges against him were “fake and lies.” There is still time for Pelosi to instruct her colleagues to immediately publicize the other ways Trump has shattered our Constitution and warn him that a second round of impeachments could be around the corner. For certain, Trump, showing no remorse or apologies, will continue to commit more constitutional outlawry to fuel a second coming of overdue Constitutional justice.

After all, he operates daily under his own self-impeachable declaration that, “I have an Article II, where I have the right to do whatever I want as President.”

Ralph Nader is a consumer advocate, lawyer, and author. His latest books include: To the Ramparts: How Bush and Obama Paved the Way for the Trump Presidency, and Why It Isn’t Too Late to Reverse Course, How the Rats Re-Formed the Congress, Breaking Through Power: It's easier than we think, and Animal Envy: A Fable