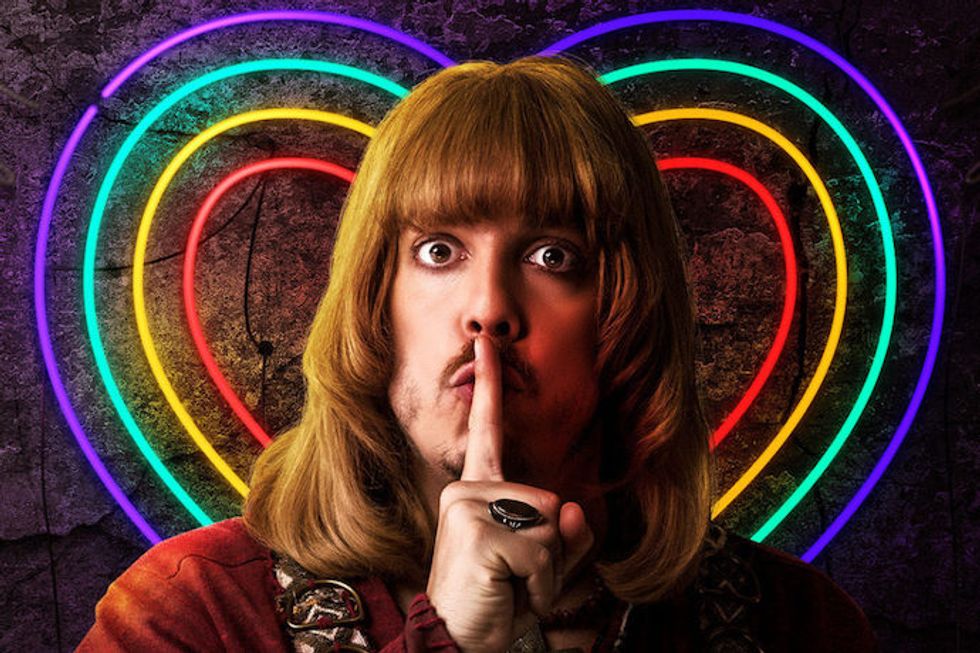 There is a strong déjà-vu quality to the protests that have recently erupted around the Brazilian comedy troupe Porta dos Fundos’s presentation of Christ as a gay man. In Netflix’s Christmas special The First Temptation of Christ Porta dos Fundos depict Jesus as a gay man who introduces his cross-dressing boyfriend, Orlando, to his family. Incongruities abound when Orlando, who wears massive amounts of makeup and a blonde wig, performs ‘Jingle Bells’ on a digital keyboard in Judea ca. 30 A.D., endearing himself to the holy family (and his relationship with Jesus).1

Of course, this is merely the nth iteration of the irreverent Jesus motif, with countless gay-Jesus memes being the most obvious manifestation. Hence, one would have assumed that irreverent comical presentations of Jesus no longer have the power to spark serious outrage. But this is where our short cultural memory bites us. Most people have now forgotten, but when Monty Python’s Life of Brian first came out in 1979, there were protests, petitions, and even street demonstrations, as well as widespread calls for boycotts in some southern states. Ireland and Norway banned the movie altogether.

I recount this history (and much more related to the theme of religion and humor), in my recent book Christianity and the Triumph of Humor, where I also trace the most frequently invoked motifs of irreverent comedy to their antecedents, some reaching all the way back to the Middle Ages. Indeed, some comical ideas surrounding the annunciation of Gabriel, Mary’s immaculate conception, Christ’s nativity, even the crucifixion of Christ have been the subject of comical treatments for centuries.

In that sense, the Porta dos Fundos comedy troupe is merely extending a comical tradition that goes back all the way to the Middle Ages. As I document in my book, late medieval nativity plays with comical interludes were so popular, they raised the ire of religious authorities and were ultimately banned in the 16th century. Some of these (essentially pious) plays would poke fun at an irate Joseph who feels cuckolded after Mary announces her unexpected pregnancy. Others would poke fun at shepherds bringing gifts to the wrong nativity, similar to early scenes in Life of Brian.

What Porta dos Fundos are doing is simply updating Monty Python for the 21st century; their fun at depicting Jesus as an awkward gay adolescent isn’t much different from Graham Chapman’s depiction of a bumbling savior manqué, Brian, who spouts lines from the Sermon on the Mount while on the run from the Roman police.2 More recently, Robin Williams  mined Mary’s announcement to Joseph for his stand-up routine 20 years ago,3 while Rowan Atkinson depicted Jesus as a birthday clown pulling rabbits out of a hat.4

After Life of Brian, it seems Western Christian culture largely resolved itself to the triumph of humor over religious sanctimony. This is the thesis of my book, which details the steady progression of religious humor since Dante as it conquered one taboo after another until nothing sacred was left that couldn’t be poked fun at or mocked outright. People may think that Porta dos Fundos represent some kind of ultimate outrage or pinnacle of irreverence, but that’s far from the truth.

One could argue that Mark Twain’s anti-God satire and his comical stabs against religion were more daring 120 years ago than anything Porta dos Fundos is doing today. Or there’s The Book of Mormon, which contains the rousing, blasphemous anthem “Hasa Diga Eebowai,”5 which to anyone who cares, translates as “F*ck you God!” Or David Javerbaum’s hilarious play, An Act of God, that has God apologize for latent psychopathic tendencies by saying “I made mankind in My image, and I’m an asshole.”

So, when it comes to Christian religious comedy, one can always point to some work of comedy that’s more searingly irreverent, or reveal an earlier use of some comical motif that even today has the power to shock. All this goes to show that Porta dos Fundos is essentially just doing the old jokes in a new setting, and broadcasting them in a deeply religious, majority Catholic country, Brazil. However, if we trust history, then the Brazilians’ protests against the gay-Jesus comedy skit will be as effective (or ineffective) as the widespread protests against Life of Brian or the angry letter-writing campaigns against Jesus-as-loser on South Park. They may constitute a brief inconvenience and perhaps put a dent into the profitability of the Porta dos Fundos YouTube channel, but they’re unlikely to put a stop to the steady march of the triumph of humor.

For reasons that are beyond the scope of this article (but which are detailed in my book), Christianity has accommodated itself to the forces of comedy and has allowed humor to touch every conceivable religious topic, no matter how sacred. While it may be unwise to expose certain audiences to aggressive religious comedy, if one wants to be protected from offensive jokes directed at Christian objects of reverence, one does better by simply ignoring the offensive material than by riling against it—at least if one doesn’t want to be seen as comically repeating history.