‘Never seen a conspiracy of this size at the top of government’: Law professor says guilt has been proven 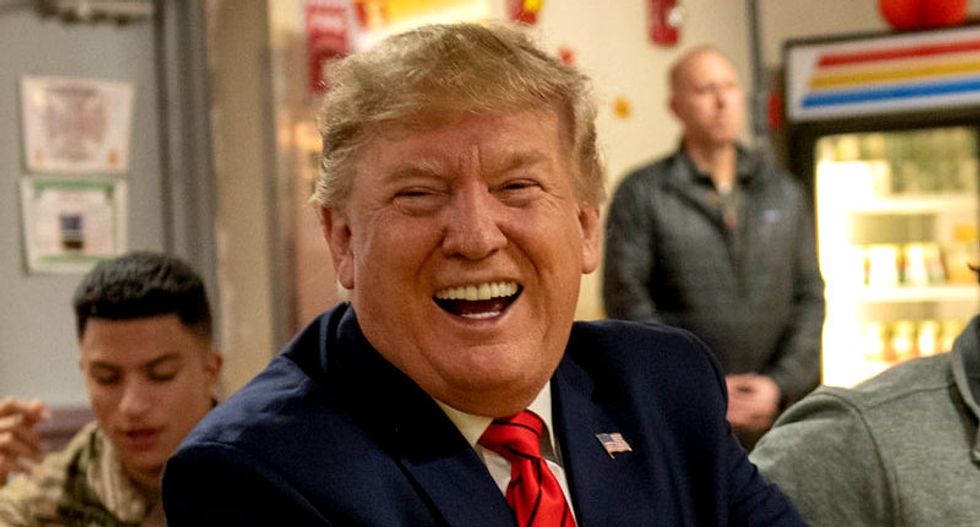 Lev Parnas' attorney Joseph Bondy sent a letter to Senate Majority Leader Mitch McConnell (R-KY) saying that he has all of the documents to link the president, vice president, and many other high-level government officials to the Ukraine bribery scheme. According to Bondy, Parnas is willing to testify under oath and name names and prove the evidence to back it up. Legal analyst and Professor Maya Wiley was aghast, saying never has there been a conspiracy at this high of a level of government.

Parnas would give detail about “the efforts he and a handful of Republican operatives engaged in over a period of months, to remove Ambassador Marie Yovanovitch and gather 'dirt' on Joe and Hunter Biden," Bondy wrote.

MSNBC host Nicolle Wallace said that this is where it goes from typical politics to "truly frightening and uncharted national security territory."

"First of all, we have not seen a conspiracy of this size at the top of government," said Wiley. "The closest we came was Richard Nixon, and fortunately, the Republican party flipped on him rightfully so. The reality is, there's plenty of circumstantial evidence to implicate all of these people already, right? William Barr, himself, was somehow involved with the decision around the whistleblower complaint being blocked from Congress. We knew he flew around the world to dig up dirt in his own investigation. He denigrated the accounting offices' investigation that found that Donald Trump violated the law, disagreed with it, which was incredible, had a whole other investigation going. I mean, there's no question, and I'm not even going through the others."

"We all remember that week where the president claimed we needed to hear from firsthand testimony and we weren't, here are two firsthand witness testimonies and the Senate wants to close the door?" said former prosecutor Joyce Vance. "After seeing these letters, you can't."

"This is one of the most solemn, significant, and serious acts any sitting senator will ever have," Wiley said earlier. "There's nothing more central to the integrity of the country than whether or not we're taking our constitutional responsibilities seriously as citizens or electeds."

"This is one of the most solemn, significant, and serious acts any sitting senator will ever have...There's nothing… https://t.co/cW3drZayDI
— CAP Action (@CAP Action)1580502087.0