New climate models suggest Paris goals may be out of reach 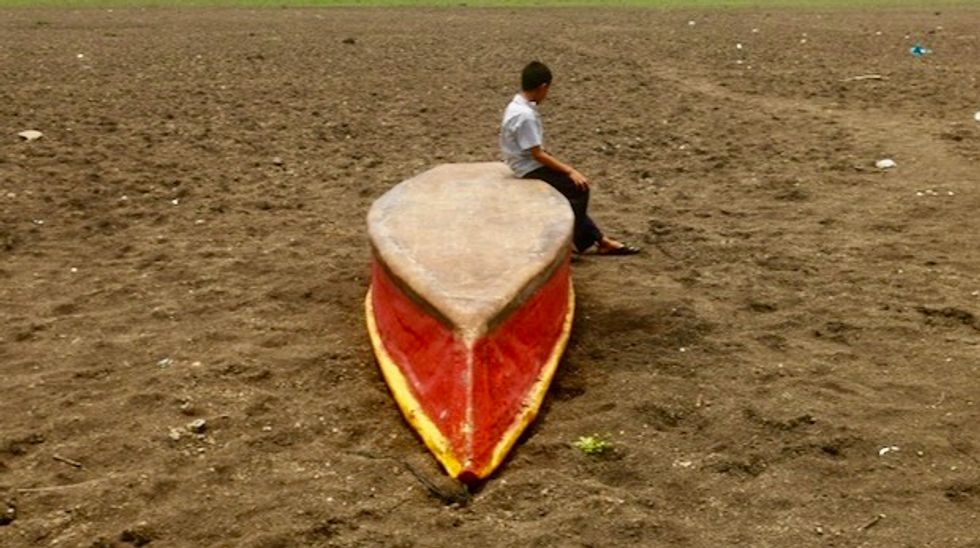 New climate models show carbon dioxide is a more potent greenhouse gas than previously understood, a finding that could push the Paris treaty goals for capping global warming out of reach, scientists have told AFP.

Developed in parallel by separate teams in half-a-dozen countries, the models -- which will underpin revised UN temperature projections next year -- suggest scientists have for decades consistently underestimated the warming potential of CO2.

Vastly more data and computing power has become available since the current Intergovernmental Panel on Climate Change (IPCC) projections were finalised in 2013.

The most influential projections from government-backed teams in the US, Britain, France and Canada point to a future in which CO2 concentrations that have long been equated with a 3C world would more likely heat the planet's surface by four or five degrees.

"If you think the new models give a more realistic picture, then it will, of course, be harder to achieve the Paris targets, whether it is 1.5 or two degrees Celsius," scientist Mark Zelinka told AFP.

Zelinka, from the Lawrence Livermore National Laboratory in California, is the lead author of the first peer-reviewed assessment of the new generation of models, published earlier this month in Geophysical Research Letters.

For more than a century, scientists have puzzled over a deceptively simple question: if the amount of CO2 in the atmosphere doubles, how much will Earth's surface warm over time?

The resulting temperature increase is known as Earth's "climate sensitivity".

That number has been hard to pin down due to a host of elusive variables. Whether oceans and forests, for example, will continue to absorb more than half of the CO2 emitted by humanity is hard to predict.

But the biggest wild card has always been clouds.

"How clouds evolve in a warmer climate and whether they will exert a tempering or amplifying effect has long been a major source of uncertainty," explained Imperial College London researcher Joeri Rogelj, the lead IPCC author on the global carbon budget -- the amount of greenhouse gases that can be emitted without exceeding a given temperature cap.

AFP/File / Simon MALFATTO The news models reflect a better understanding of cloud dynamics in at least two ways that reinforce the warming impact of CO2.

The new models reflect a better understanding of cloud dynamics in at least two ways that reinforce the warming impact of CO2.

"Another big uncertainty has been how low clouds will change, such as stratocumulus decks of the west coast of continents," he said.

"That has been the holy grail of climate modellers for a long time."

Recent observations suggest this type of cloud cover decreases with warming, which means less of the Sun's energy gets bounced back into space by white surfaces.

For most of the last 10,000 years -- during which time humanity's numbers swelled from a few million to 7.6 billion -- the concentration of CO2 in the atmosphere was a nearly constant 280 parts per million (ppm).

But at the start of the 19th century as the industrial revolution kicked into high gear, fuelled by oil, gas and especially coal, the number of CO2 molecules in the air shot up.

Today the concentration stands at 412 ppm, a 45 percent rise -- half of it in the last three decades.

With one degree Celsius of warming so far, the world is coping with increasingly deadly heatwaves, droughts, floods and tropical cyclones made more destructive by rising seas.

Remarkably, he recognised that burning fossil fuels could one day drive such a change.

By the late 1970s, scientists settled on a climate sensitivity of 3C (plus-or-minus 1.5C), corresponding to about 560 ppm of CO2 in the atmosphere.

The IPCC, the UN's climate advisory body, posits four scenarios for future warming, depending on how aggressively humanity works to reduce greenhouse gases.

The most ambitious -- in line with the Paris goal of capping temperature rise to "well below" 2C -- would require slashing CO2 emissions by more than 10 percent per year, starting now.

At the other extreme, a so-called "business-as-usual" trajectory of increased fossil fuel use would leave large swathes of the planet uninhabitable by century's end.

The first scenario has become wishful thinking, according to many scientists, while the worst-case is unlikely unless Earth itself begins releasing natural stores of greenhouse gases from, say, melting permafrost.

According to the IPCC, the first would correspond to 538 ppm of CO2 in the atmosphere, while a RCP6.0 pathway would see an increase in CO2 concentration to 670 ppm.

A doubling of 1850's CO2 levels to about 570 ppm falls between the two, and thus takes on a real-world importance that probably would have startled Arrhenius, the late 19th-century Swedish chemist.

"You have 12 or 13 models showing sensitivity which is no longer 3C, but rather 5C or 6C with a doubling of CO2," he told AFP. "What is particularly worrying is that these are not the outliers."

AFP/File / With only one degree Celsius of warming so far, the world is coping with increasingly deadly heat waves, droughts, floods and tropical cyclones made more destructive by rising seas

"You have to take these models seriously -- they are highly developed, state-of-the-art."

Among the 27 new models examined in Zelinka's study, these were also among the ones that best matched climate change over the last 75 years, a further validation of their accuracy.

That said, other models that will feed into the IPCC's next major Assessment Report found significantly smaller increases, though almost all came in higher than prior estimates.

Scientists are also still poring over the results to look for methodological glitches or inconsistencies.

"The jury is still out, but it is worrying," said Rockstrom.

"Climate sensitivity has been in the range of 1.5C to 4.5C for more than 30 years. If it is now moving to between 3C and 7C, that would be tremendously dangerous."