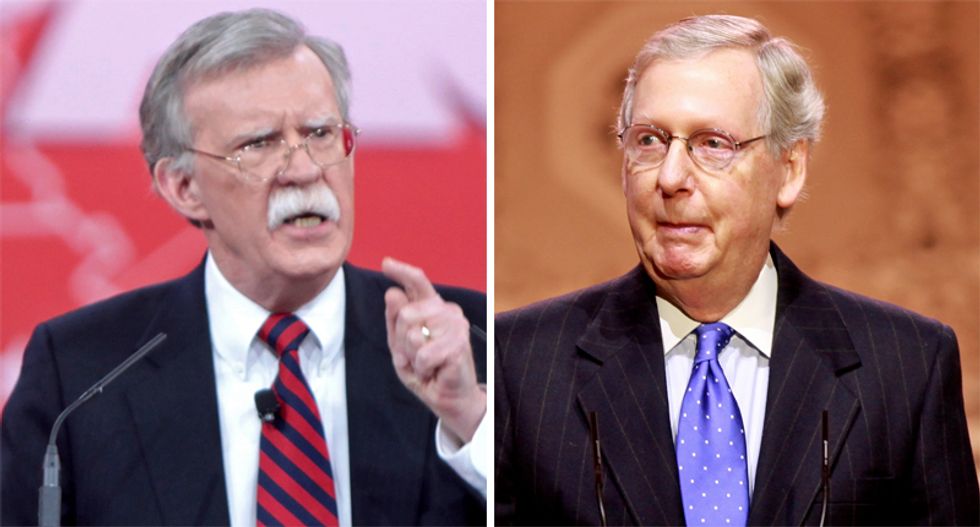 Wallace has known Bolton for almost 20 years and the two served together in the George W. Bush administration.

"And I think too, to bring it back to growing support in the Senate, I remember the day the news broke that Bolton was offering himself up, willing to testify if subpoenaed, I suspected he knew where four votes might be hidden," Wallace noted.

Four is the number of Republicans who would need to vote with Democrats to allow witnesses.

However, the host said she believes the number has grown, saying, "I think there might be more like fourteen people."

"He knows where the votes are and I think when he offered to testify he knew where they were," Wallace added.