‘NPR will not be intimidated’: Mike Pompeo blasted for attacks on reporter Mary Louise Kelly 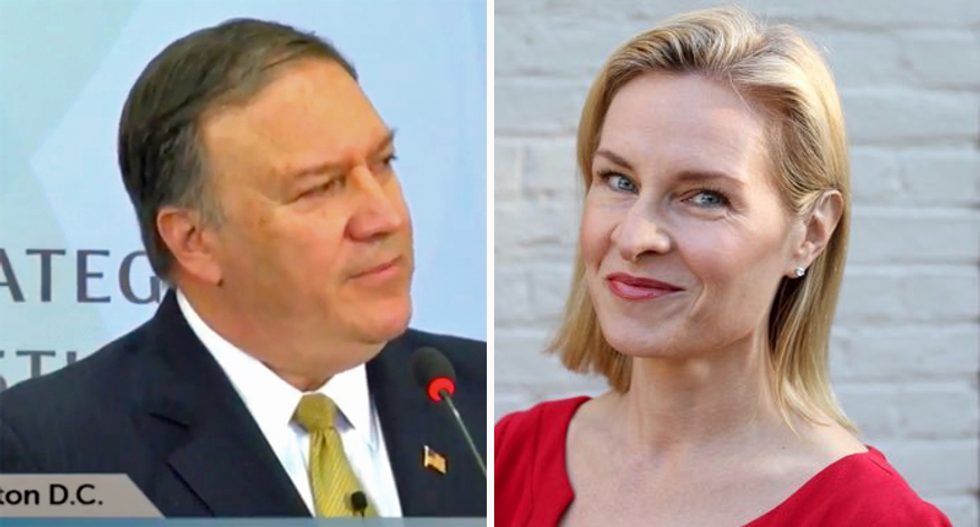 National Public Radio (NPR) is standing by "All Things Considered" host Mary Louise Kelly after she was attacked by Secretary of State Mike Pompeo.

"One day after a contentious interview followed by an expletive-filled verbal lashing of NPR host Mary Louise Kelly, Secretary of State Mike Pompeo is publicly accusing her of lying to him — 'twice,'" NPR reported. "He does not explain how and offers no evidence, but in their recorded interview the nation's top diplomat declined to respond when Kelly asked if he owed an apology to Marie Yovanovitch, the former U.S. ambassador to Ukraine who was ousted from that post last year after allies of President Trump accused her of disloyalty."

"Mary Louise Kelly has always conducted herself with the utmost integrity and we stand behind this report," Barnes said in a statement.

"Mary Louise Kelly is one of the most respected, truthful, factual, professional and ethical journalists in the United States, and that's known by the entire press corps," Lansing said on Saturday. "And I stand behind her and I stand behind the NPR newsroom, and the statement from the secretary of state is blatantly false."