Oceans were hottest on record in 2019 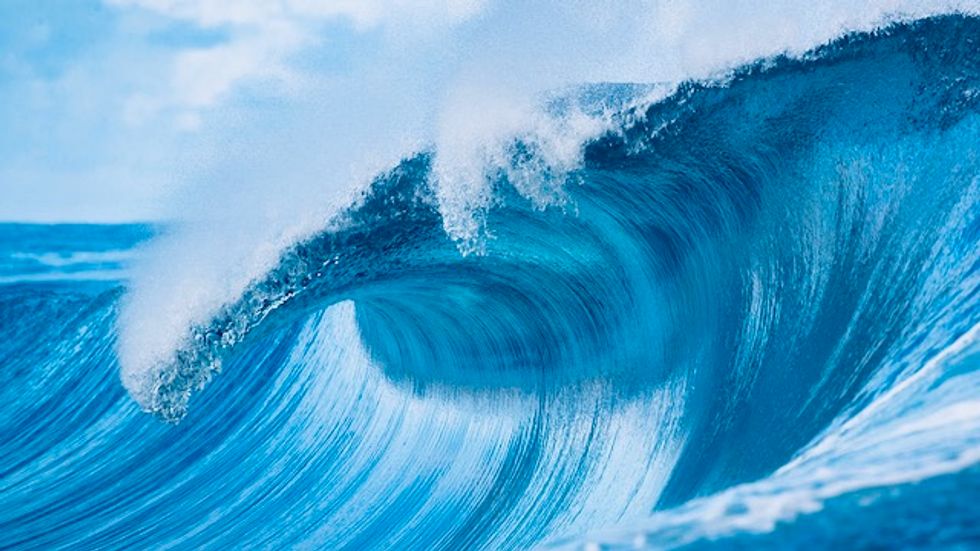 The world's oceans were the hottest in recorded history in 2019, scientists said on Tuesday, as manmade emissions warmed seas at an ever-increasing rate with potentially disastrous impacts on Earth's climate.

Oceans absorb more than 90 percent of excess heat created by greenhouse gas emissions and quantifying how much they have warmed up in recent years gives scientists an accurate read on the rate of global warming.

A team of experts from around the world looked at data compiled by China's Institute of Atmospheric Physics (IAP) to gain a clear picture of ocean warmth to a depth of 2,000 metres over several decades.

They found that oceans last year were by far the hottest ever recorded and said that the effects of ocean warming were already being felt in the form of more extreme weather, rising sea levels and damage to marine life.

The study, published in the journal Advances in Atmospheric Sciences, said that last year the ocean was 0.075 Celsius hotter than the historical average between 1981-2010.

"That's a lot of zeros," said Cheng Lijing, lead paper author and associate professor at the International Centre for Climate and Environmental Sciences at the IAP.

"The amount of heat we have put in the world's oceans in the past 25 years equals 3.6 billion Hiroshima atom bomb explosions."

The past five years are the five hottest years for the ocean, the study found.

As well as the mid-term warming trend, the data showed that the ocean had absorbed 25 Zetta Joules of additional energy in 2019 compared with 2018's figure.

"That's roughly equivalent to everyone on the planet running a hundred hairdryers or a hundred microwaves continuously for the entire year," Michael Mann, director of Penn State's Earth System Sciences Center, told AFP.

The 2015 Paris accord aims to limit global temperature rises to "well below" 2C, and to 1.5C if at all possible.

With just 1C of warming since the pre-industrial period, Earth has experienced a cascade of droughts, superstorms, floods and wildfires made more likely by climate change.

The study authors said there was a clear link between climate-related disasters -- such as the bushfires that have ravaged southeastern Australia for months -- and warming oceans.

"That means more rainfall but also it means more evaporative demand by the atmosphere," he said.

"That in turn leads to drying of the continents, a major factor that is behind the recent wildfires from the Amazon all the way to the Arctic, and including California and Australia."

The United Nations Intergovernmental Panel on Climate Change in a landmark oceans report last year warned that tens of millions of people could be displaced from coastal areas by the end of the century because of encroaching seas.

And given that the ocean has a far higher heat absorption capacity than the atmosphere, scientists believe they will continue to warm even if humanity manages to drag down its emissions in line with the Paris goals.

"As long as we continue to warm up the planet with carbon emissions, we expect about 90 percent of the heating to continue to go into the oceans," said Mann.

"If we stop warming up the planet, heat will continue to diffuse down into the deep ocean for centuries, until eventually stabilising."