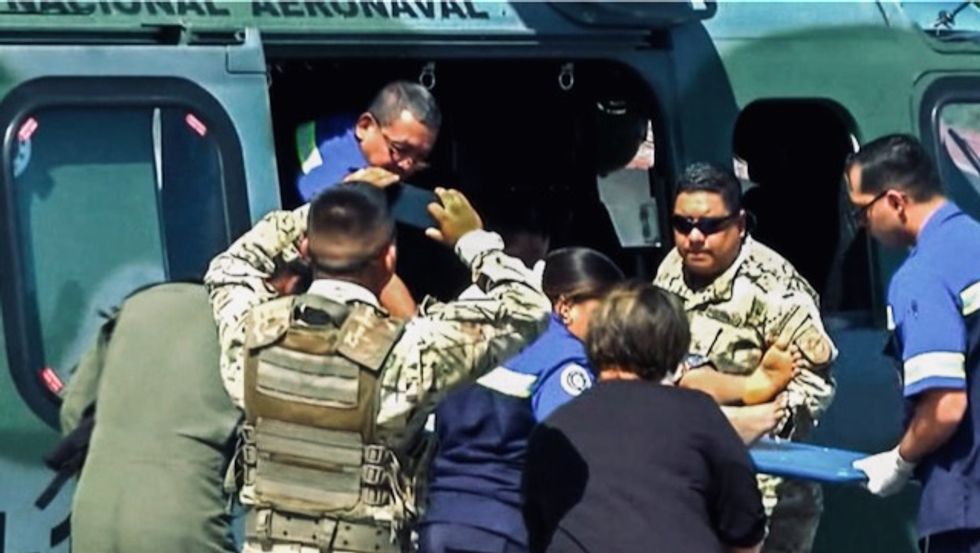 Prosecutors in Panama have uncovered a mass grave with the bodies of six minors and a pregnant woman in a remote area close to where they raided an obscure religious sect the day before.

"The public ministry confirms the location of a grave with seven bodies," the prosecutor's office said in a brief statement.

The remains of six minors aged between one and 17 years old and a woman who was between four and six months pregnant were found at the site, in Veraguas province west of Panama City.

The pregnant woman was the mother of five of the minors, the statement said, though it was unclear how or when they died.

Authorities had on Wednesday reported the rescue of 15 people who had been held by a religious sect in the neighboring Ngabe Bugle region, a remote area populated by indigenous communities on Panama's Caribbean coast, about 155 miles (250 kilometers) from Panama City.

"The timely intervention of the Special Forces of the National Police prevented the murder of another 15 people," the prosecutor's office said.

The director general of the national police, Alexis Munoz, said the rescued people had shown signs of mistreatment by members of the sect, which investigators said goes by the name of "The New Light of God".

"They were trying to indoctrinate them," said Munoz.

Ten suspected members of the sect, including a minor, were arrested. They are expected to appear in court on Friday or Saturday.

One of those arrested is the father of the pregnant woman found in the grave, a source close to the investigation told AFP.

The discoveries come after the December 5 arrests of 17 foreign nationals, alleged members of another religious sect, in an operation carried out in the coastal town of San Carlos, about 45 miles west of the capital.