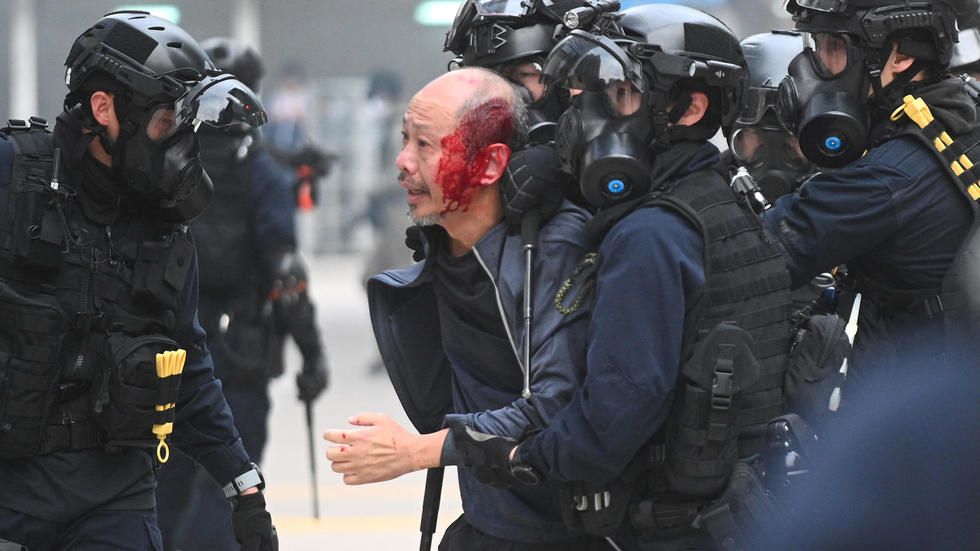 Several police officers were beaten bloody by pro-democracy protesters in Hong Kong Sunday as violence erupted at a rally calling for greater democratic freedoms in the heart of the city.

Trouble flared when police ordered the gathering to disperse from the city's commercial district, with protesters gathering behind shields of umbrellas.

A group of plainclothes officers negotiating with the rally organisers was set upon by masked protesters, who beat them with umbrellas, an AFP reporter on the scene said.

At least two officers were seen with bloody head wounds.

Riot police swept into the area and fired tear gas to disperse the crowds.

Brief cat and mouse clashes ensued with police making multiple arrests, including one protester who had blood streaming from the back of his head.

Hong Kong's protests have raged for seven months after being sparked by a now-abandoned proposal to allow extraditions to the authoritarian mainland, where the opaque legal system answers to the Communist Party.

It soon morphed into a wider movement calling for greater freedoms in what is the most concerted challenge to Beijing's rule since the former colony's 1997 handover.

The frequency and ferocity of the protests have died down over the last month, but signs of the political unrest are everywhere, from graffiti daubed on walls to huge fences surrounding government buildings.

Among key protester demands are an independent inquiry into the police, an amnesty for the thousands arrested and fully free elections.