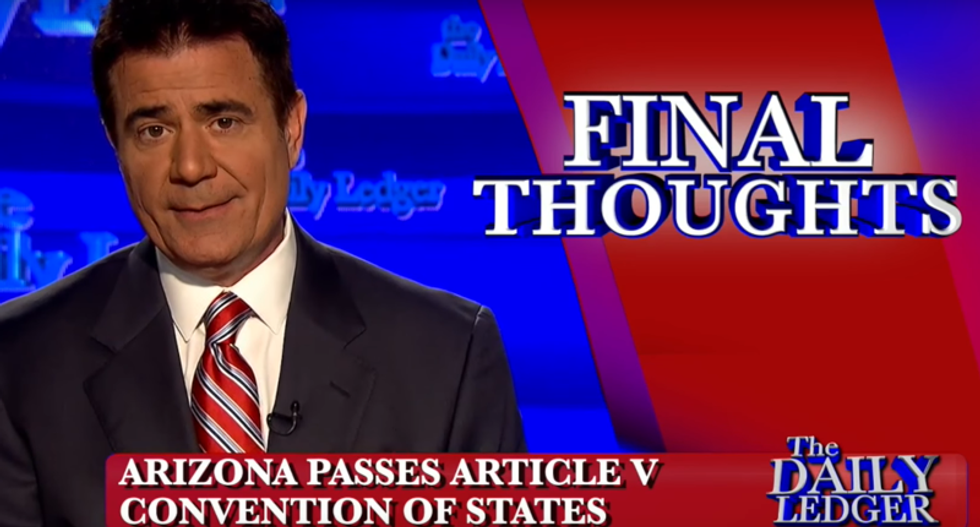 According to The Daily Beast, the San Diego-based pro-Trump cable network One America News went on trial in California Superior Court this week, with a former employee suing the network for racial discrimination, retaliation, and "intentional infliction of emotional distress."

Jonathan Harris, a former booking producer for the political commentary program The Daily Ledger, alleged that during production meetings, the show's host Graham Ledger "would regularly berate, demean and verbally abuse Plaintiff on account of Plaintiff’s liberal political views, and Plaintiff’s opinions and perspectives as an African-American male. None of Plaintiff’s three fellow producers on The Daily Ledger were ever subjected to verbal abuse or harassment on the basis of their opinions. Plaintiff was the sole African-American producer on the show."

Furthermore, the complaint continued, "In addition to constantly berating Plaintiff on the basis of his political opinions and racial identity, on at least 3 separate occasions, Ledger made blatantly racist comments about people of 'non-Caucasian' races," and that OAN's CEO Robert Herring Sr. also confided in Harris that he "had come to realize that he held racist beliefs and opinions about African-American people and other minority groups," and that Harris was transferred and shortly fired after he made his complaints.

OAN argues that Harris' poor treatment during the sets stemmed from his political views rather than his race, with attorney Patrick Nellies saying that he would disrupt meetings by arguing with the others about his liberal politics, despite several warnings to stop — and that while Ledger was a difficult person to work with, no one else had heard him make racist comments.

Furthermore, Herring testified that Harris was fired following an incident in which he had caught him trying to delete files off of a company computer, at which point Herring tried to physically block him from the computer and a shoving match ensued.

One of Harris' attorneys, Britany Engelman, told the jury that his time working for Ledger was "a nightmare he hasn’t woken up from," and lead attorney Rodney Diggs told The Daily Beast, "Regardless of whether it's conservative or not conservative, anyone who's in the workplace should not be treated differently because of one's race."