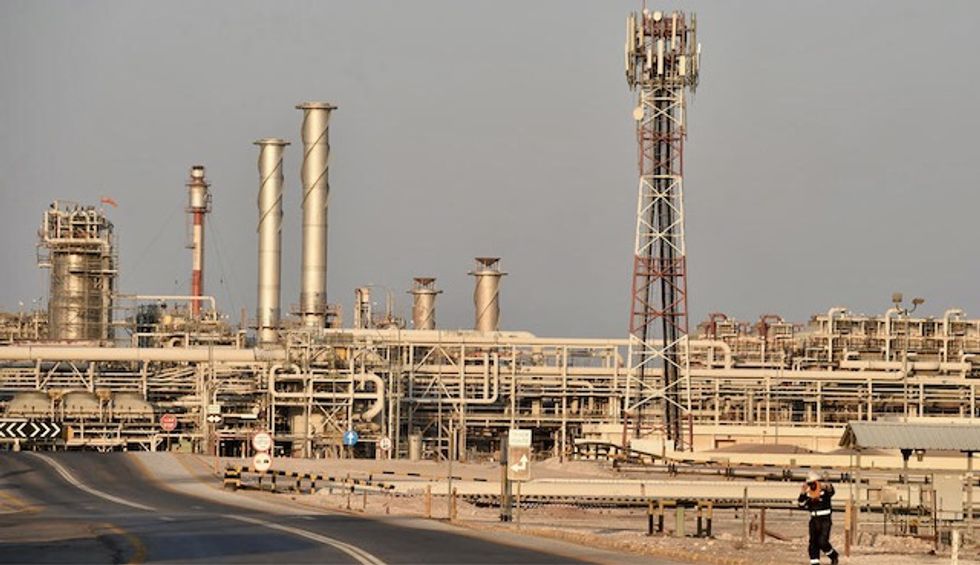 If the US killing of Iranian general Qasem Suleimani on Friday leads to conflict between Washington and Tehran, oil facilities could be targeted in Gulf states, which also host US military bases, including the headquarters of the US Fifth Fleet in Bahrain.

Observers say such a conflict might send oil prices above $100 a barrel but could also lead to a massive disruption of exports if Iran closes the Strait of Hormuz, a strategic waterway which serves as the main artery for Middle East oil.

"With Iran vowing to retaliate, there is an increased risk of attacks on oil facilities and other targets," in the Gulf states, said M R Raghu, head of research at Kuwait Financial Centre.

"However, high oil prices may not translate into higher revenues as over 20 percent of global oil supply is transported through the Strait of Hormuz, which Iran threatened to block in September."

Drone and missile attacks on Saudi Aramco oil facilities in September, blamed on Iran, slashed crude production from the world's top oil exporter by almost half.

And a string of attacks on vessels in the troubled waters of the Gulf last year, which Washington and its allies blamed on Iran, also stoked fears for the security of global supply.

A major new disruption that led to lower production and exports, and consequently lower revenues, could cripple oil-dependent regional economies.

The oil price crash of mid-2014 cost Gulf economies hundreds of billions of dollars, with Saudi suffering the most. Since then, they have increased borrowing amid persistent budget deficits, weak economic growth and lower foreign investment inflows.

In October, the International Monetary Fund cut its forecasts for Gulf economic growth in 2019 to just 0.7 percent, down from 2.0 percent the previous year. Saudi Arabia was pared to a meagre 0.2 percent over low oil prices, production cuts and geopolitical tensions.

London-based Capital Economics predicted that if Iran succeeded in closing the Strait of Hormuz "Brent crude would jump to $150 a barrel."

It said however that the impact on other countries in the Middle East and North Africa "would ultimately depend on whether they get directly caught up in the conflict."

Many Gulf countries emerged relatively unscathed and recorded rapid growth during and after the First Gulf War in 1990-91, when oil exports were not disrupted.

Given the variables, the outlook for oil is difficult to pinpoint. Edward Bell, director of commodities research at Emirates NBD, UAE's second-largest bank, believes oil prices over $100 a barrel are unlikely.

Even if the Strait of Hormuz was closed, some Gulf countries, mainly Saudi Arabia and UAE, have alternative export routes on the Red Sea and the Arabian Sea. Oman lies outside Hormuz.

But the Saudi East-West pipeline, with a capacity to transport five million barrels a day to the Red Sea, was hit by drones flown by Yemen's Iran-backed Huthis in the summer, causing disruption for several days.

Saudi economist Fadhl al-Bouenain said a US-Iran war would further dampen economic growth in GCC states, just as many of them are attempting to diversify towards a post-oil future.

"Any restrictions to Gulf countries' ability to export oil would lead to a drop in their economic growth... This will not be offset by higher oil prices," Bouenain told AFP.

If the Strait of Hormuz was blocked even for a few days, it could decrease the ratings of GCC banks and sovereigns and dampen investor confidence, S&P Ratings said in July.