Psychiatrist explains Trump’s admiration for dictators: ‘It comes from the lack of proper parenting’ 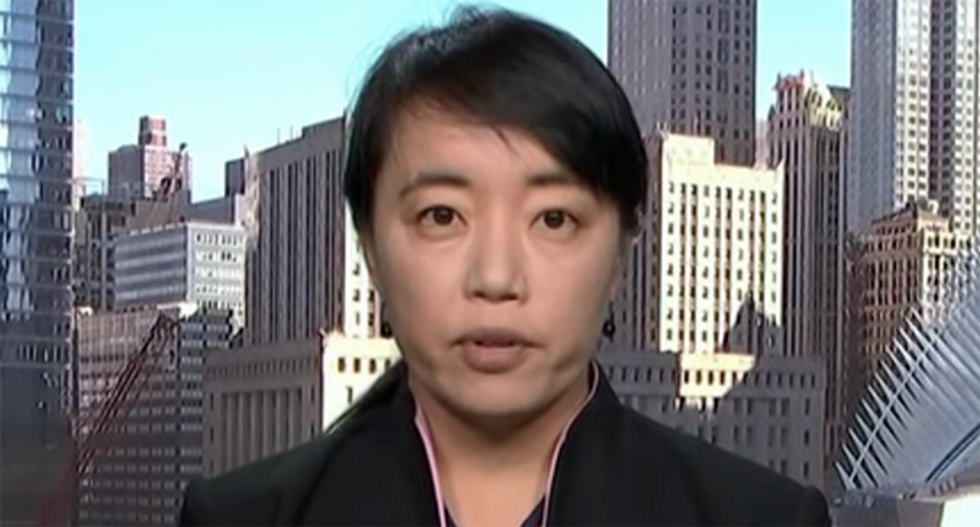 The fragile psychological state of President Donald Trump and his supporters was explained by a prominent forensic psychiatrist at the Yale University School of Medicine on Monday.

Lee was the editor of the 2017 book The Dangerous Case of Donald Trump, in which 27 mental health professionals weighed in on Trump.

"Dr. Lee, what do you make of his affinity for dictators around the world?" Nader asked. "He envies them, he praises them, he covers for them -- and he even alienates some of the traditional allies we have in western Europe. What's your take on that?"

"He's a tyrant-wannabe himself," Lee replied. "And of course he would be drawn to those who work the same way as he does, have the same desires and are actually more effective at realizing those desires."

She broke down why Trump is so beloved by his base.

"It's a complex psychological attraction that works like lock and key," she explained.

"Most of the time when we think of tyrants or strongmen, we think of them as authority figures, but it's actually a very submissive personality type, where they're looking for an ideal figure who will satisfy their needs for someone who will take charge and someone they can follow," she continued.

"It comes from the lack of proper parenting, but when you're put in that position, like Donald Trump has been, you puff yourself up and claim that you are that figure, 'the stable genius who is an expert at everything and only I can take care of all the problems.' And then people in their wounded yearning for this type of figure are immediately attracted to such a person in ways that it would never work for a normal person," Lee explained.

"Normal people don't so yearn desperately for a strong leader that they don't see through someone who is saying 'I alone can fix it' -- that actually means 'I'm being defective in some way' because no person who is capable of fixing things would say that," she said.