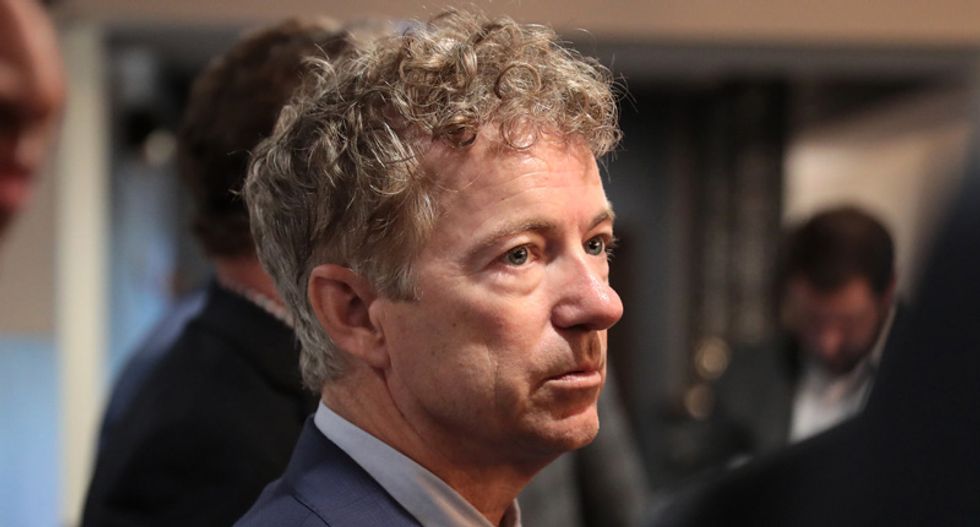 The White House expects at least four Republicans to defect and vote with Democrats to call for witnesses at Trump's trial, senior officials told CBS News. Sen. Susan Collins, R-Maine, told reporters last week that she was working with a "fairly small group" of Republicans to allow witnesses. Collins is expected to be joined by Sens. Cory Gardner, R-Colo., Lisa Murkowski, R-Alaska, and Mitt Romney, R-Utah, according to the report. Sen. Lamar Alexander, R-Tenn., has said that he is "open" to calling witnesses, as well.

Trump told Fox News last week that he would likely invoke executive privilege in an effort to bar Bolton from testifying, arguing that such a move would "protect the office" of the presidency.

Senate Majority Leader Mitch McConnell, R-Ky., revealed last week that he had the votes to start a trial without witnesses but would allow a vote on witnesses after it kicked off. Democrats need just four Republican defectors in order to approve a motion to call for witnesses.

White House officials also do not believe there are enough votes for an immediate dismissal of the articles of impeachment, according to CBS. Trump called for the Senate to dismiss the articles over the weekend.

"Many believe that by the Senate giving credence to a trial based on the no evidence, no crime, read the transcripts, 'no pressure' Impeachment Hoax, rather than an outright dismissal, it gives the partisan Democrat Witch Hunt credibility that it otherwise does not have. I agree!" he tweeted Sunday.

Paul responded to the report of Republican defections by threatening to force a vote on calling Hunter Biden, who is at the heart of a debunked conspiracy theory that led to Trump's impeachment.

"My colleagues can't have it both ways. Calling for some, while blocking others," he tweeted. "If we are going to give a platform to witnesses the Dems demand, I look forward to forcing votes to call Hunter Biden and many more!"

Paul made a similar threat during a party lunch last week, Politico reported.

McConnell told Fox News Radio last month that he opposed calling witnesses, because it would pave the way for a "kind of mutual assured destruction." The majority leader said his party's members would "want" both Biden and the whistleblower.

Trump went even further on Twitter, demanding Sunday that Speaker of the House Nancy Pelosi and House Intelligence Chairman Adam Schiff, both Democrats from California, be called as witnesses.

But Sen. John Cornyn, R-Tex., the No. 2 Republican in the Senate, dismissed Trump's demand as an "intervening tweet."

"This is about Chuck Schumer getting 2020 Republican incumbents into tough voting situations," Cornyn said to Politico. "It won't surprise you that we're thinking about that too and how to avoid that as much as possible."

Senate Minority Leader Chuck Schumer, D-N.Y., told ABC News that the renewed push for witnesses was the result of Pelosi withholding the articles of impeachment from the Senate. Pelosi has since announced a Wednesday vote to move forward with the impeachment process.

"Some of the Republicans are now beginning to say, maybe we need witnesses and documents," he said. "Had Nancy sent the stuff right over and McConnell moved to dismiss, who knows what would have happened?"

But McConnell slammed the calls for additional witnesses on the Senate floor Tuesday.

Schumer said on the Senate floor that a trial without would be a "sham."

"All we're asking is for the president's own men, his appointees, to come forward and tell their side of the story," Schumer said. "The American people want a fair trial in the Senate . . . The American people will be able to tell the difference between a fair hearing of the facts and a cover-up."