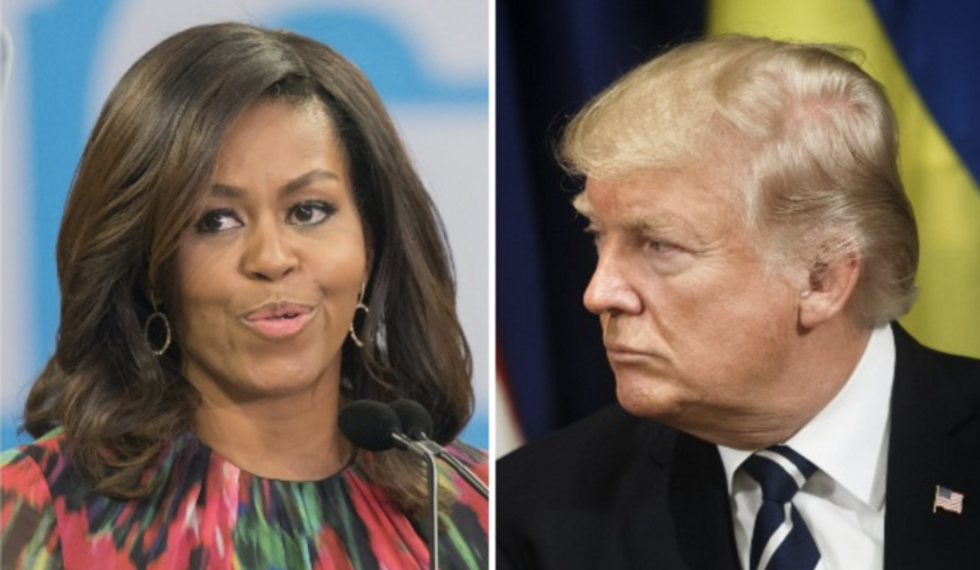 This Friday, the Trump administration announced that it will be rolling back school lunch standards on vegetables and fruits that were championed by former First Lady Michelle Obama, The Hill reports.

The Agriculture Department said in a statement that the new standards will allow schools more flexibility "because they know their children best."

But according to President Trump's critics on Twitter, the move is just another vindictive attempt to reverse any and all accomplishments that came out of the Obama White House:

I do, Trump has a sick obsession with of the Obama’s. I just didn’t think he would make school lunches unhealthy. https://t.co/MkXk5roNrq
— David Weissman (@David Weissman)1579291395.0

@TomSteyer Trump and the @GOP remain obsessed with trying to completely erase the Obama's and what they did for us… https://t.co/msGIMKGjfz
— Quancy Clayborne (@Quancy Clayborne)1579291520.0

A far right wing anti-vaxx, anti-mask commentator who threatened to shoot anyone who even tried to vaccinate him against the coronavirus only to say recently he had contracted COVID-19 is lashing out at those on the left he says mocked him. In an obscenity-laden tirade Josh Bernstein went as apoplectic as anyone can while battling the grave disease and the exhaustion he admits comes with it.

Last week Bernstein called his bout with COVID "brutal," and "unbearable," but on Saturday Newsweek reported he contacted them to say his COVID test came back negative. Despite that, in his latest video he appears in what he called his COVID quarantine room appearing to talk about what having the disease "taught" him.