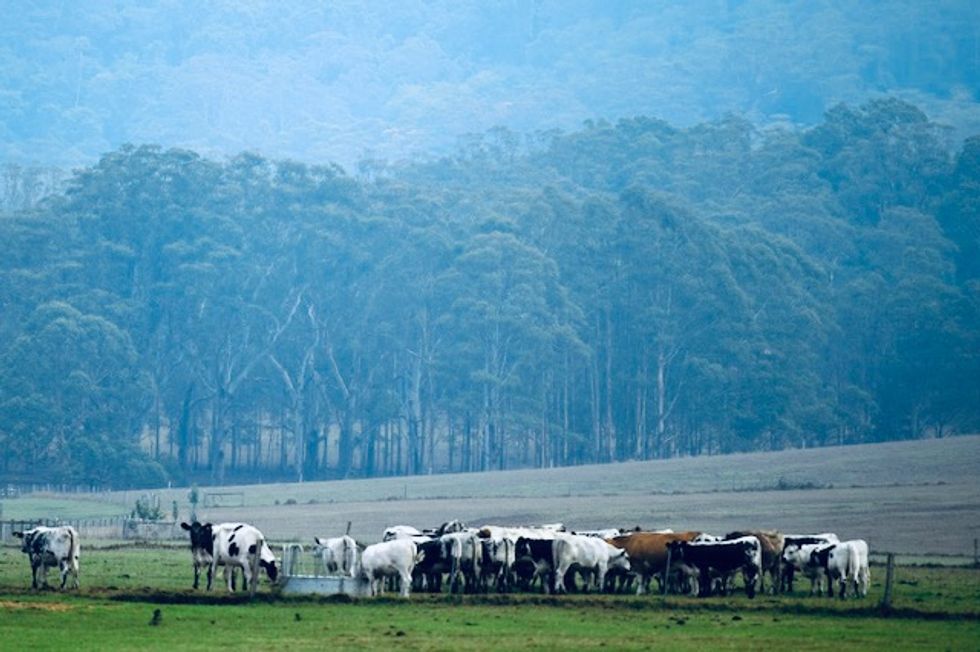 The fires, unprecedented for Australia in terms of duration and intensity, have claimed 28 lives and killed an estimated billion animals.

Sustained hot weather and rare periods of light rain in the affected areas have deepened the crisis.

Downpours on Thursday in the state of New South Wales, where many of the worst fires have burnt, offered hope that dozens of blazes could be brought under control.

"Relief is here for a number of firefighters working across NSW," the state's Rural Fire Service said in a social media post accompanying footage of rain falling in a burning forest.

AFP/File / SAEED KHAN The fires, unprecedented for Australia in terms of duration and intensity, have claimed 28 lives and killed an estimated billion animals

"Although this rain won't extinguish all fires, it will certainly go a long way towards containment."

Before the rains, there were 30 blazes burning out of control in New South Wales.

Along the south coast of the state, locals who witnessed towns and forests being destroyed in recent weeks expressed cautious hope.

"We’re thrilled and so relieved to have some dampness in the air because it makes things safe for a little while," Virginia Connor told AFP near the town of Nowra.

"But we need more, we need lots more."

Smoke from bushfires choked the southern city of Melbourne from Monday to Wednesday, disrupting the build-up to next week's Australian Open tennis tournament.

But thunderstorms late Wednesday cleared the smoke, with the wet weather moving east throughout Thursday towards fires in the southern state of Victoria.

"Storms have improved air quality in most parts of the state," the Victorian Environment Protection Agency said.

More rain was forecast for Friday and the weekend which, if it does fall, would be the most sustained period of wet weather since the crisis began in September last year.

Still, with January, February and March typically seeing some of the hottest weather in Australia, the bushfire crisis was far from over.

"We still have a long way to go," said Robyn Duell, a senior climatologist with the Bureau of Meteorology.

"And with higher temperatures, we'll continue to see an elevated risk of bushfires as we move through summer and early autumn."

This week's rains could also make battles harder for firefighters in some cases, by making it harder for trucks to venture deep into forests on muddy tracks, authorities warned.

Flash floods are another concern, with scorched mountains unable to hold the water and potentially sending torrents of muddy ash into waterways.

Australia endures bushfires every year, but they started much earlier than normal in 2019 and have lasted far longer.

Forests and farming land were already extremely dry due to a prolonged drought, providing the foundations for the fire crisis when extreme hot weather hit well before the start of the southern summer.

Australia experienced its driest and hottest year on record in 2019, with its highest average maximum temperature of 41.9 degrees Celsius (107.4 degrees Fahrenheit) recorded in mid-December.

The fires have destroyed more than 2,000 homes and burnt 10 million hectares (25 million acres) of land -- an area larger than South Korea or Portugal.

Scientists say the bushfires are the type of extreme disaster the world can expect more of as global warming intensifies.

The past decade was the hottest on record globally, the United Nations said on Wednesday.

"What's happening is persistent, not a fluke due to some weather phenomenon," said Gavin Schmidt, director of NASA's Goddard Institute for Space Studies, which provided one of the datasets for the UN report.

"We know that the long-term trends are being driven by the increasing levels of greenhouse gases in the atmosphere."