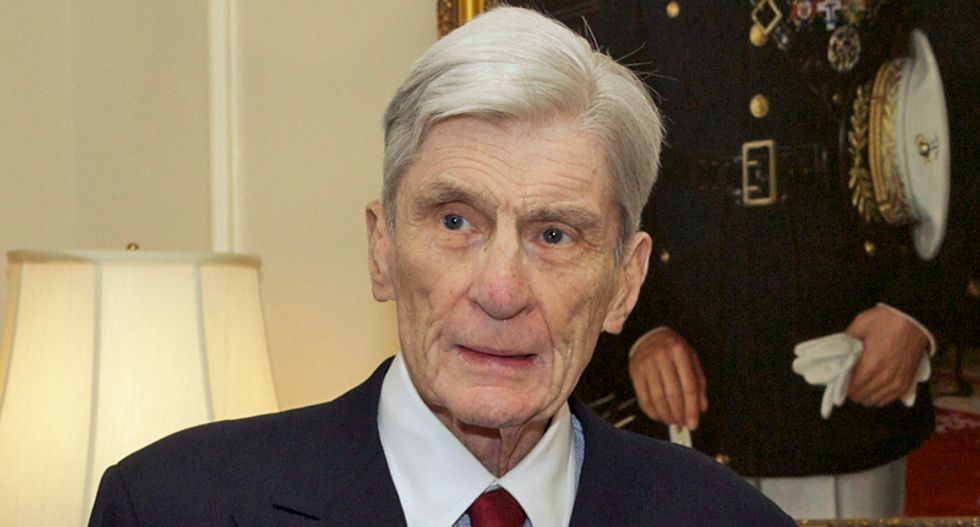 The last Republican to serve as a U.S. senator from Virginia urged his former GOP colleagues to allow witnesses in President Donald Trump's impeachment hearings.

"I believe, as I am sure you do, that not only is the president on trial, but in many ways, so is the Senate itself. As such, I am strongly supportive of the efforts of my former Republican Senate colleagues who are considering that the Senate accept the introduction of additional evidence they deem relevant," Warner said.

Warner served five terms in the U.S. after having served as Secretary of the Navy in the Nixon administration. He served in the U.S. Army during World War II, the Marine Corps during the Korean War, and was the sixth husband of actress Elizabeth Taylor.

"I respectfully urge the Senate to be guided by the rules of evidence and follow our nation's judicial norms, precedents and institutions to uphold the Constitution and rule of law by welcoming relevant witnesses and documents as part of this impeachment trial," Warner counseled.