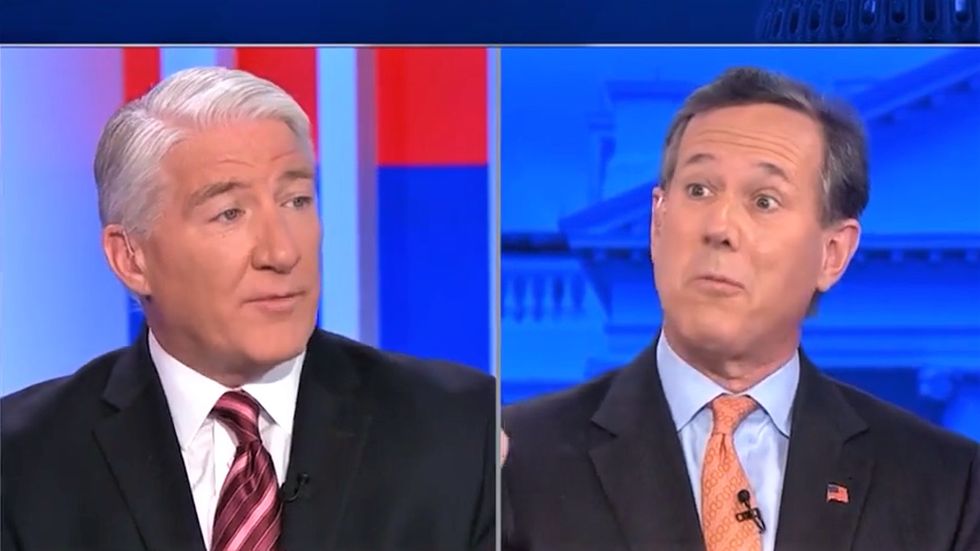 During a panel discussion about Republican Senators' unwillingness to call witnesses to Trump's impeachment trial, Santorum argued that additional witnesses weren't needed because Trump eventually released military aid to Ukraine after he got caught withholding it. Santorum also argued that the Senate should give Trump a pass even if he did shake down the Ukrainian government to hurt the campaign of former Vice President Joe Biden.

"Even if he had some consideration in holding back the money you don't throw a president out of office for that!" Santorum said. "You just don't!"

Gloria Borger, however, called out Santorum for completely overlooking the severity of Trump's offenses.

"[You don't throw him out] for asking a foreign leader to do his political dirty work and holding up aid?" she asked incredulously.

"But it's not his political dirty work!" Santorum complained.

She then said that if Trump were really concerned about purported corruption surrounding the Bidens, he could have asked the FBI to look into it instead of trying to extort a foreign country.

Santorum responded by changing the topic and accusing Democrats of impeaching Trump just because they disagreed with his policies.