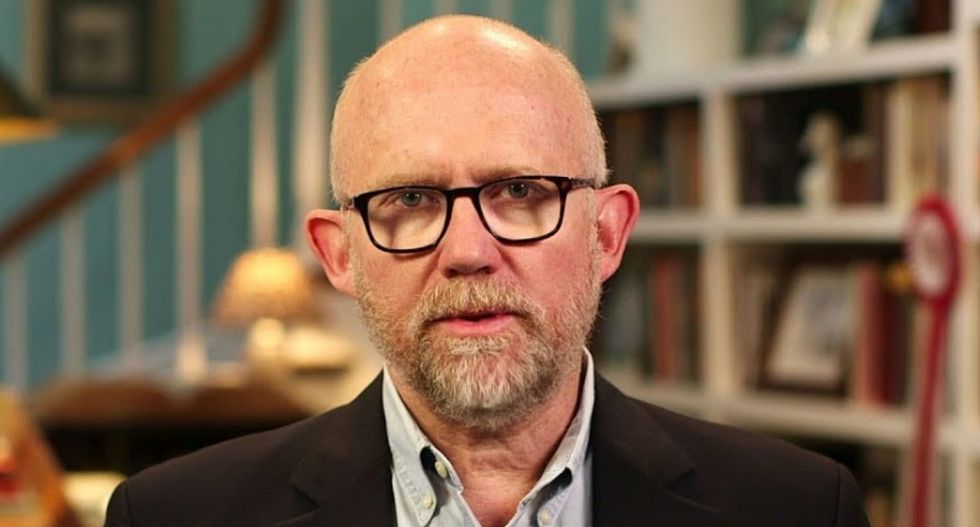 Former GOP strategist Rick Wilson, who quit his party in protest of President Donald Trump, has become a fixture of cable news talk shows, and his book Everything Trump Touches Dies was a runaway success.

In a profile in The Guardian on Saturday, Wilson discussed his upcoming book, Running Against the Devil, in which he goes into greater detail about how Democrats can defeat Trump in the 2020 election.

"We control 38 state legislatures right now and there’s a reason for that: it's because of guys like me," said Wilson in a phone call with reporters. "I helped to build some of the tools in the toolbox for how you go out and exploit the cultural divisions in the country, and the political divisions, to win for Republicans in blue and purple areas. On paper it looks hard but we worked hard and recognized that the way to win is sometimes to not tell people who you really are."

That last part in particular, Wilson warned, is why Democrats are on track to trip before the finish line. Candidates are trying to stand out in the primary by coming up with the most progressive ideas possible on gun control, Medicare for All, abortion rights, and immigration — and while these ideas play well in the primary, they could be points of attack later.

“Guys like me who still work on the Trump side of the fence can always turn it into something that is a millstone around their neck," said Wilson. "It's not even that hard. Elizabeth Warren produces a 600-page healthcare plan and my research geeks can't find, I don't know, 30 things in there that I can't demagogue the hell out of? Because I can. Or the guys that are me now can."

The flip side, too, is that Democrats have to know their audience.

"This isn’t rocket science," said Wilson. "How did we Republicans elect guys in Wisconsin and Vermont and other places in recent years? We did it because we weren't running them as national Republican figures. We helped elect a Republican governor in Vermont, four times. And you're thinking, 'Wow, Vermont, super liberal, how did that happen?' Well, our guy was out there saying the Bush administration was wrong on climate change. Try a Democrat in rural Pennsylvania, say, who comes out and says, 'Yes, I want to seize all automatic weapons, I want to make third trimester abortions fully taxpayer funded.' That may work, that may provoke hosannas in San Francisco or Los Angeles. But out there? Not as much. They're like … 'Wait, what?'"

Bernie Sanders in particular, warned Wilson, is "the easiest person in the world to turn into the comic opera villain Republicans love to hate, the Castro sympathiser, the socialist, the Marxist, the guy who wants to put the aristos in the tumbril as they cart them off to the guillotine."