Rockets fired into Green Zone near US embassy in Baghdad: report 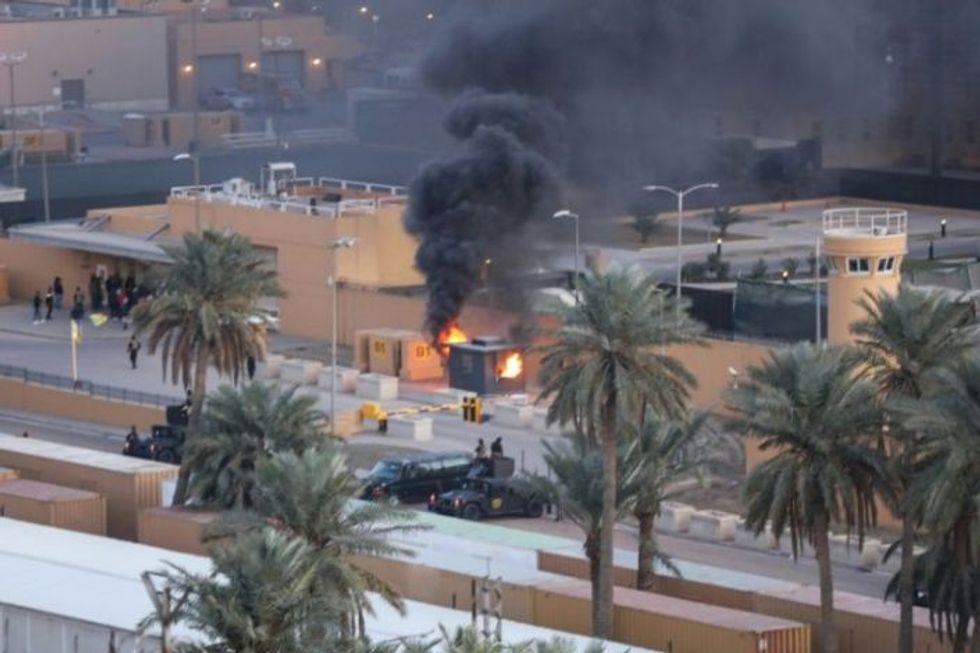 There are multiple reports of air raid sirens going off at the United States embassy in Baghdad. In videos, loud pops and explosions followed.

The information hasn't been confirmed by U.S. news outlets or by the White House. The action comes after two U.S. bases were bombed by Iran Tuesday night.

Air raid sirens coming from US embassy and explosion that sounded like rocket landing but unclear whether in… https://t.co/lwKXAKlcqZ
— jane arraf (@jane arraf) 1578516531.0

After the U.S. embassy was attacked by protesters last week (pictured above), it was discovered that the entry of the embassy was completely burned.