Scholars upset with the ‘1619 Project’ must abandon vision of ‘America the righteous’: Christian minister 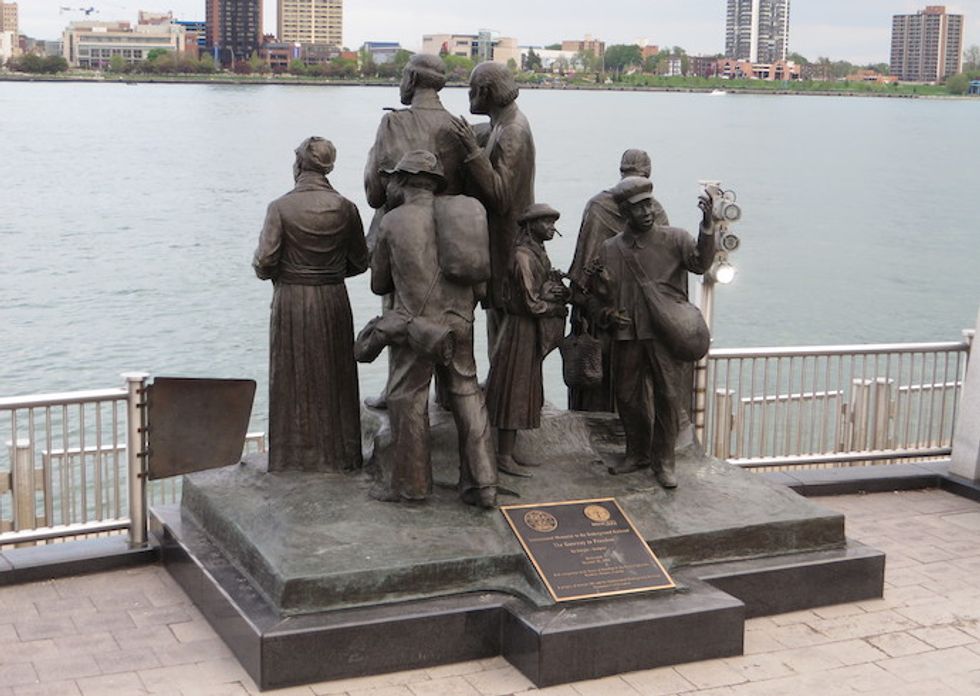 Living at a time when every day brings fresh horrors, and living as well through various end-of-year distractions, RD readers can be forgiven if they paid scant attention to the bruising fight that has broken out between a small group of outraged American historians—a group led by Princeton’s influential Sean Wilentz—and the editors of The New York Times.

The fight ostensibly concerns whether the New York Times Magazine editors responsible for the 1619 Project—and specifically Nikole Hannah-Jones, who conceived the project and who wrote the introductory piece—falsify America’s real history by presenting that history as the chronicle of a relentless and constantly morphing white supremacist ideology. With barely restrained loathing, the Project’s critics charge the Times with the crime of offering readers “a new version of American history in which slavery and white supremacy become the dominant organizing themes.”

This fight is about much more than who owns our history and who gets to write it. It’s about a perceived threat to a civil religion that requires a white-washed history in which white Americans make “mistakes” but in which good always prevails. It’s about a certain kind of desperation to keep on believing the myth of the One Righteous Nation. Prof. Wilentz would doubtless bridle at the comparison, but in the True Believer department he has something in common with Bill Barr who demands fealty to a Christian nationalism. Both of these powerful white men want to drive the infidels from the temple in order to preserve the myth of the Virtuous Republic. In religious terms, this worship of a false national narrative has a name: idolatry.

In the revised but still withering formal letter that the Times agreed to publish, Wilentz and his fellow critics fault Hannah-Jones and her collaborators for failing to appreciate the extent to which Mr. Lincoln joined with Frederick Douglass (and others) in treating the Constitution as source of positive leverage toward greater freedom for all. But they are inflamed mainly by the unflinching contention of the Times writers that the American Revolution was prompted in major part by the rebellious colonists’ wish to preserve slavery in the face of rising British abolitionism, by Lord Mansfield’s 1772 shocking Somerset ruling, and (at the very outset of war) by the outright panic engendered by the Dunmore Proclamation.

“If supportable, the allegation [that the Revolution was fought in large part to preserve the unfreedom of enslaved people] would be astounding,” observe Wilentz et al in their supercilious rebuke.

We can agree on that much. It is astounding—and liberating—to break free of chains of ideology masquerading as history. These chains are what the revanchist Wilentz group appears intent on preserving while accusing the Times crew of being the real ideologues in this ruckus. That this “pot calling the kettle” maneuver is all too familiar doesn’t make it less contemptible—especially when the “kettle” is, in fact, Black. [For a more complete sense of the ugly racial dynamics at play in the historians’ war, by all means read Adam Serwer’s informed and nuanced reporting for The Atlantic. Serwer also supplies needed backstory on the number of distinguished historians whom Wilentz solicited for his letter but who declined to sign his angry screed for all the right reasons.]

Sean Wilentz has a distinguished CV. He comes from a distinguished family. I still find value in Chants Democratic, the 1984 Wilentz work on the formation of working class consciousness in New York during the late 18th and early 19th centuries. But Wilentz’s drift into the what a great country this is! school of historiography has been unmistakable—and most lamentable.

Wishing to give Prof. Wilentz the full benefit of the doubt, I very carefully worked my way through his most recent book, No Property In Man (2018), in which he celebrates the Framers—James Madison in particular—for excluding any explicit sanction of slavery, and even excluding the words “slave” and “slavery,” from the Constitution. In my view, this latest book is a pitifully strained attempt to redeem the Framers despite what Wilentz acknowledges are monumental concessions made to the slavers by Northern and Upper South delegates to the 1787 drafting conclave.

Wilentz thinks it’s great news that the Federal Convention stopped short of openly endorsing slavery. He dismisses the direct testimony of many participants that their decision not to use the word “slaves” was part of an effort to sanitize the document and salve some uneasy consciences. He also dismisses Madison’s own emphatic argument, in urging his fellow Virginians to ratify the finished Constitution, that he and his fellow slaveholders would, in fact, continue to enjoy an effective “property in man,” thanks to the document’s fugitive slave clause.

To his credit, Wilentz cites many blistering critiques of the proposed charter that came from antislavery opponents of ratification—notably Maryland’s Luther Martin—on the grounds of said charter’s baked-in racism. He even acknowledges (how could he not?) that following final ratification in 1790 there ensued a 70-year “Federal consensus” holding that the national government had absolutely no right to interfere with the South’s management and expansion of its “peculiar institution.”

Yet somehow, despite all of the overwhelming evidence of the Constitution’s devastating actual outcomes for Black people, Wilentz clings for dear life to the filmy argument that the absence of specific Constitutional sanction for “property in man” actually renders the document a universal freedom charter. He insists that an editorial omission redeems the charter, even glorifies it. He is wrong.

The religion of America The Virtuous and, more specifically, the sanctification of a problematic Constitution, must give way in our time to a better and truer narrative that does not unnecessarily demonize every last wig-wearing white man (after all, there were fierce objections voiced by numerous members of the founding generation—influential theologian Samuel Hopkins comes to mind—long before “immediatist” abolitionism became a thing). This desperately-needed new narrative must, however, faithfully present the horrific end result of an unholy negotiation that was clearly won by the slaveholding South in order that an unthinking veneration of the United States Constitution can be firmly and finally shattered. In Lincoln’s words, we must “disenthrall” ourselves. The preacher in me is allowed to say that the only good religion is one whose adherents actually do come clean about who they are and what they have done.

The Times did a major public service by developing and sustaining the 1619 Project. They should have—and still can—go deeper to explore the settler colonial mindset through which white supremacy surged into overdrive. In specific regard to the counterrevolution of 1776, they could and should have cited the immensely important work of Gerald Horne.

They have yet more excavation to do in order to fulfill the promise of the Project. But they certainly cannot back down in the face of the Wilentz group’s demands, which basically amount to subjecting Ms. Hannah-Jones and the Times itself to a public shaming for daring to present an “astounding” (however well-attested) view of this nation’s birth narrative. Sadly, Robert Sean Wilentz has ended up on the wrong side of history…and of History.