Schumer blasts Trump’s ‘confused’ defense team: It was like watching the ‘histrionics you see on Fox News’ 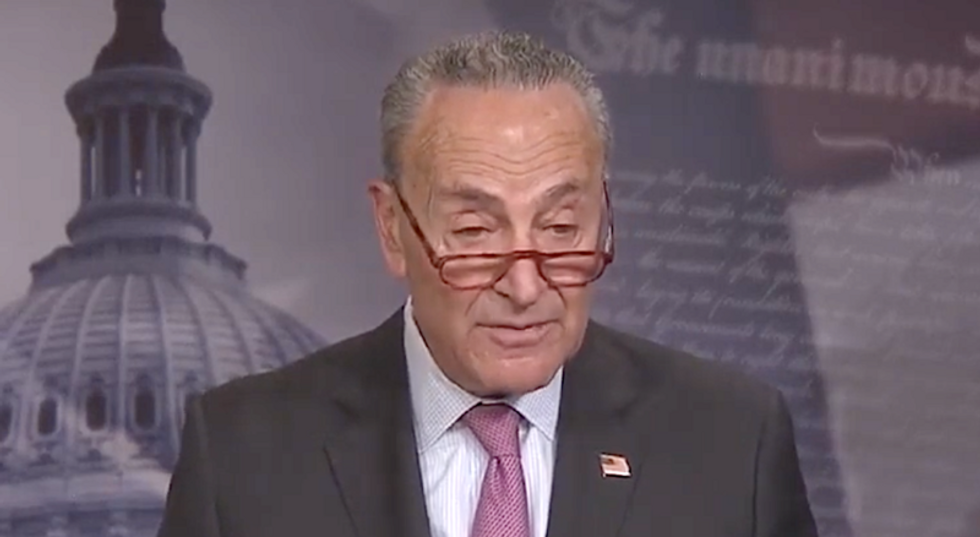 Speaking from prepared remarks to reporters this Wednesday, Senator Chuck Schumer (D-NY) declared that "it's clear" that the American people "overwhelmingly" want the Senate to conduct a "fair" impeachment trial of President Trump, and "overwhelmingly support witnesses and documents."

"It was a dark day and a dark night for the Senate," Schumer said in the wake of the first day of debate over impeachment rules. "As a consequence, the impeachment trial of President Trump begins with a cloud hanging over it -- a cloud of unfairness."

Schumer said that Democrats will continue to seek additional votes to bring forth witnesses and documents, and will continue to pressure Republican senators into going along with their demands. Schumer mentioned that a "few of Senator McConnell's most egregious proposals were expunged" due to Democrats' pressuring him, showing that Republicans "can make this trial more fair if they want to."

Schumer then characterized Trump's defense team as "unprepared, confused, and totally unconvincing," adding that they "resorted to the kind of histrionics you see on Fox News evening broadcasts, rather than any sober-minded argument that can convince thoughtful senators."