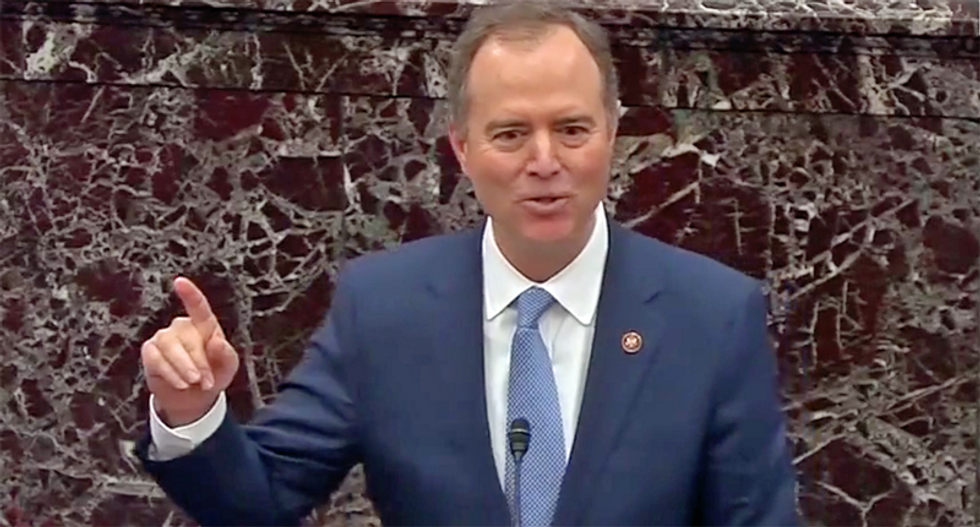 President Donald Trump's Justice Department appeared in court Thursday as part of the Houses' ongoing attempt to enforce subpoenas for information they've sought in other cases.

Schiff quoted the DOJ legal team's argument in court that judges "have no place to enforce subpoenas because of the impeachment power."

It's a point that Schiff has pointed is in constant contradiction with the case the White House has made in the impeachment proceedings. The White House lawyers have said that the House impeachment investigation needed to play out in court. They claimed that subpoenas for witnesses and documents must take place in the courtroom because the judicial branch is an essential check on the legislative branch.

Yet, in court, they claimed that the judicial branch has no place.