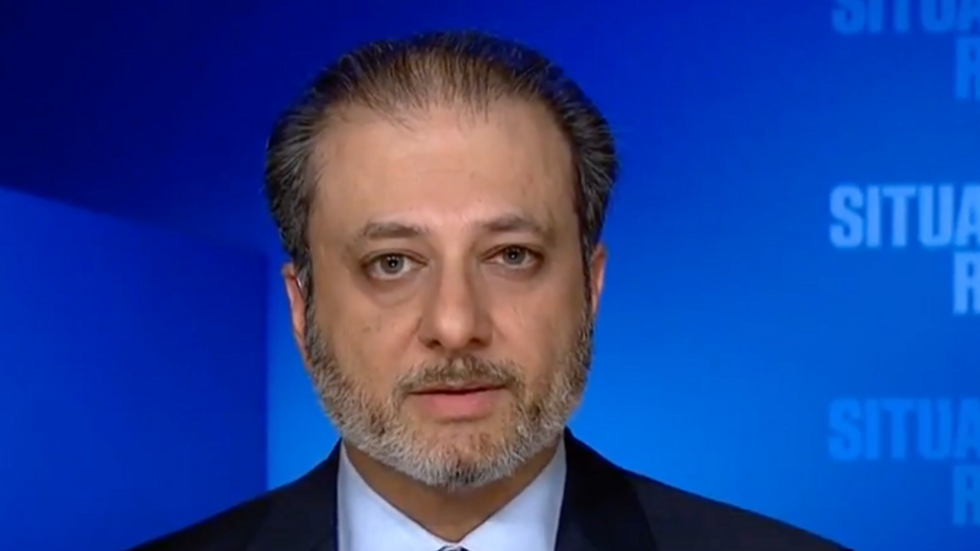 "That's the kind of thing somebody might yell drunk in a bar somewhere," said Cooper. "This guy is a pastor, who has served, I believe, one tour in Iraq ... in the Air Force and in the Navy prior to that in the 80s. I assume [he] has counselled Democrats, soldiers who were Democrats. And he's saying Democrats love terrorists."

"I think that the bottom has fallen out," said Bharara. "It would be one thing if it's in the heat of argument and then you step back and you apologize for it. I'm waiting for an apology ... but he says the thing he says, and I don't know that he has any contrition about it at all. Just say, you know what, it was in the heat of conversation, I shouldn't have said it."

"Our most important job when I was a United States Attorney was to keep the homeland safe and prosecute terrorists," added Bharara. "Ours was the office, when I was U.S. Attorney, that prosecuted the plot that was overseen and orchestrated by Suleimani and the Quds force to assassinate the sitting Saudi ambassador to the United States at a restaurant called Cafe Milano in D.C. So maybe that's why I took more umbrage, as someone who prosecuted terrorism and know the good men and women whose party affiliations I don't even know, to say so casually and blithely on TV, to score a cheap political point, that Democrats love terrorists. It was just too much."