The end of American exceptionalism? Study indicates failure of US democracy creating wave of self doubt 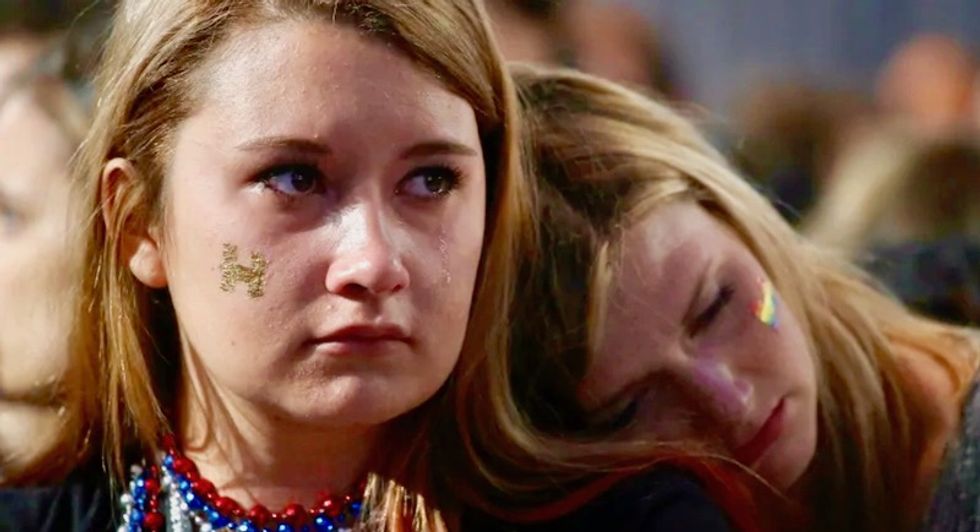 A new study shows that less than half of all Americans are satisfied with the nation's democratic system.

More Americans are dissatisfied with democracy than at any point since records began in 1995, according to a new study published Wednesday, and the number of citizens with a positive view of the U.S. system of government dipped for the first time below 50%.

To observers like journalist Rania Khalek, the reason for such a shift in global attitudes was clear.

"Our systems aren't actually democratic," said Khalek. "We live in a miserable oligarchy, no wonder people are unhappy."

“Dissatisfaction with democracy within developed countries is at its highest level in almost 25 years” That’s bc… https://t.co/TPqzMNyHRB
— Rania Khalek (@Rania Khalek) 1580305017.0

A majority of people around the world—57.5%—are dissatisfied with democracy, the University of Cambridge's Centre for the Future of Democracy study (pdf) found.

"If confidence in democracy has been slipping, it is because democratic institutions have been seen failing to address some of the major crises of our era, from economic crashes to the threat of global warming," said study lead author Dr Roberto Foa.

According to the study, Americans' dissatisfaction with democracy has been on the rise since the financial crisis of 2008:

The U.S. has seen a "dramatic and unexpected" decline in satisfaction, according to researchers. In 1995, more than three-quarters of US citizens were satisfied with American democracy, a figure that plateaued for the next decade. The first big knock came with the 2008 financial crisis, and deterioration has continued year-on-year ever since. Now, less than half of US citizens are content with their democracy.

"Such levels of democratic dissatisfaction would not be unusual elsewhere," said Foa. "But for the United States it may mark an end of exceptionalism, and a profound shift in America's view of itself."

More broadly, Foa said, the dissatisfaction should be seen in the context of rational actors replying in a logical fashion to the questions posed by researchers. If the systems fail, they don't deserve the people's faith.

"Our findings suggest that citizens are rational in their view of political institutions," said Foa, "and update their assessment in response to what they observe."