'President Trump raising his middle finger at the Congress': Senator 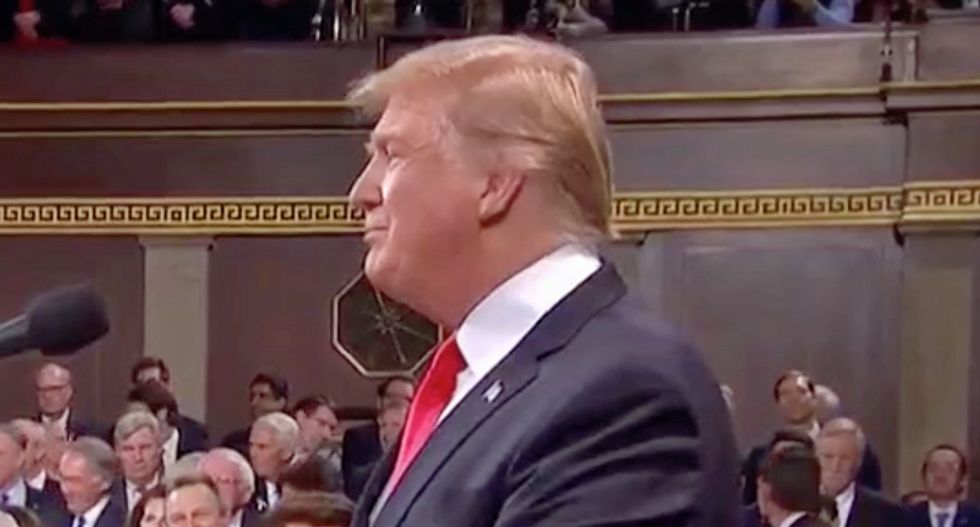 Sen. Michael Bennet (D-CO) attacked President Donald Trump for refusing to follow the Constitution by going to war with Iran without authorization by Congress.

In an interview with CNN, Benett explained that Trump's decision to declare war with Iran via Twitter is like a "middle finger" to the U.S. Congress.

"These Media Posts will serve as notification to the United States Congress that should Iran strike any U.S. person or target, the United States will quickly & fully strike back, & perhaps in a disproportionate manner. Such legal notice is not required, but is given nevertheless!" Trump tweeted.

These Media Posts will serve as notification to the United States Congress that should Iran strike any U.S. person… https://t.co/5WPMatAVzL
— Donald J. Trump (@Donald J. Trump)1578255932.0

"You know, I hate to say this, but I think it's President Trump raising his middle finger at the Congress," Bennet said. "You think about the context in which all of this is happening. Twenty years of war in Afghanistan where we now know from report ss of the Washington Post that after the first six months, we basically accomplished nothing that we were set out to try to accomplish. When the War College writes a report of the Iraq war and says, Iran was the winner of the Iraq war. For us now to be sending 3500 troops to the Middle East without taking account of what we've been doing the last 20 years on the basis of the president's impetuous, uninformed, weak conditions creates a lot of peril."

He explained that the first job of the commander-in-chief is to keep American's safe at home, in the Middle East, and around the world. These actions will do the opposite. Secretary of State Mike Pompeo claimed that Americans would be safer as a result of this action, but Bennet doubts it.

"It's hard to see how we've been made more safe by the decisions this president has made," he said.