'They have no idea what they have done': Terrorist groups in Africa now vowing revenge on US after Suleimani killing 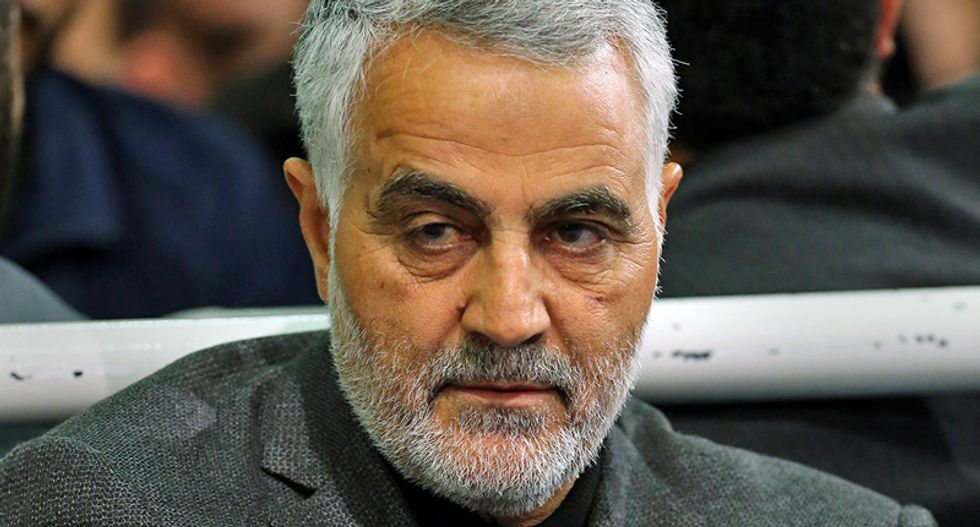 President Donald Trump's decision to eliminate Iranian general Qassim Suleimani could have far-reaching consequences that are difficult to appreciate in the short term. And one example is already being seen in Africa.

According to The Daily Beast, the Islamic Movement of Nigeria (IMN), a West African group of Shi'a converts formed in the wake of the Iranian revolution of 1979, has sworn vengeance against the United States for the assassination.

IMN issued a statement saying that Suleimani was an "ardent anti-imperialist who gave the United States of America and their stooges in the region sleepless nights," and his mission against America would be "accomplished by his brothers, children, and students from resistance men and mujahideen from all the peoples of the world that reject humiliation and submission to the tyrants of this century."

“America will pay for the killing of Soleimani,” said Ibrahim Hussien, an IMN supporter who participated in an anti-America protest in Nigeria's capital city of Abjua on Monday. “They have no idea what they have done.”

This comes just after Somalia's al-Shabab group killed an American serviceman and two contractors at a military installation in Northern Kenya. This attack, part of the group's "Al-Quds Will Never Be Judaized" campaign, came just two days after the Suleimani killing. There is no clear evidence that al-Shabab is linked to Iran, but Suleimani has reportedly sent operatives to the region in the past.

Iran has historically shied away from engaging foreign rivals directly, instead opting to use proxy forces. Indeed, Iranian Ambassador to the U.N. Majid Takht-Ravanchi told CNN Friday that, "We can speak on behalf of the Iranian government, we are not responsible for the actions that others might take" — a clear signal that they will not condemn violence committed against Americans by these proxies.