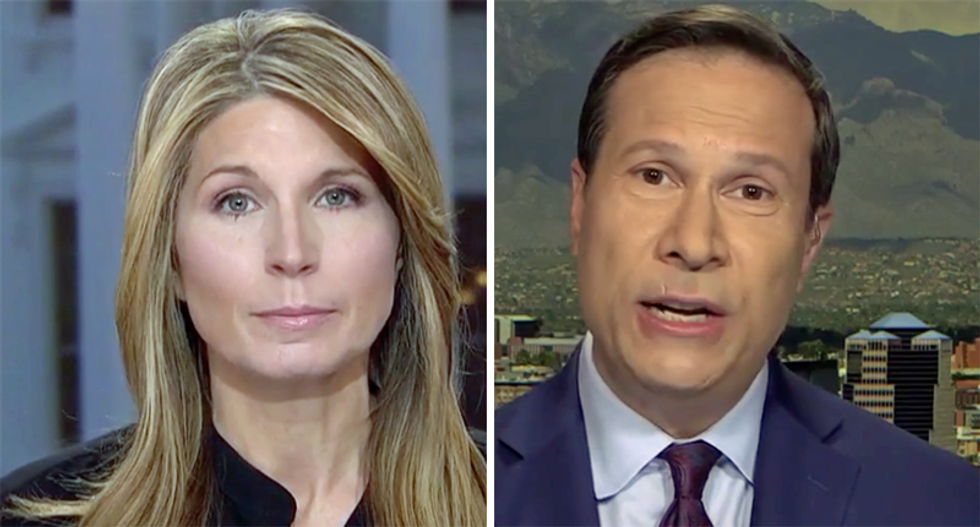 President Donald Trump has worsened his relationship with Congress -- including some Republicans -- with the administration's shifting justifications for assassinating Iranian Gen. Qassim Suleimani, a former top official at the Federal Bureau of Investigation explained on MSNBC.

Frank Figliuzzi, who served as the assistant director for counterintelligence at the FBI, was interviewed as the House of Representatives debated a War Powers resolution authored by Rep. Elissa Slotkin (D-MN).

Figliuzzi said, "we can no longer trust this white house even when the consequences are as grave as potential war to tell us anything approximating the truth."

"And what's really offensive to someone like me, that's been an intelligence professional, is they're trying to put the imprimatur -- the good face of our intelligence services -- on this, 'we have great intel.' No, you didn't have that intel, you're lying about it."

Figliuzzi then offered insight into what it is like for children to be raised by FBI agents.

"You know, Nicolle, I used to tell my kids, my two boys, when they were teenagers and they'd been out with the car for the night. The next day, I'd say, "Hey, how'd your evening go? Where were you? What did you do?' And if their account of it wasn't matching with my intel, with my sources and methods, I'd say, 'Give me the keys,'" he explained.

Wallace, who worked in the George W. Bush administration that was notorious for their use of harsh interrogation techniques, said she wanted to do a whole show I Figliuzzi's parenting tips so she could use them on her eight-year-old son.