Trump drives 'millions' out on street to mourn Soleimani, dwarfing the size of his inauguration: report 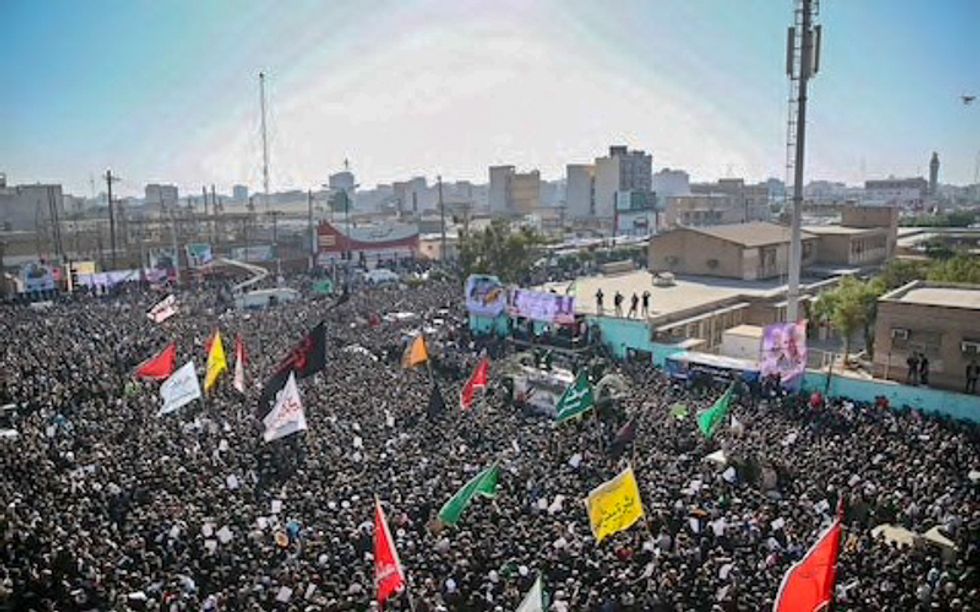 President Donald Trump reportedly drove "hundreds of thousands" or possibly more Iraqis and Iranians out of their homes to protest the assassination of military commander Qassem Soleimani. The crowd rivaled the size of the U.S. president's own inauguration ceremony.

"Hundreds of thousands of mourners have gathered in the streets of Mashhad, Iran’s holiest city, to pay tribute to military commander Qassem Soleimani, in what is one of the biggest public outpourings of grief seen in Iran," the Financial Times reported on Sunday.

A four-day funeral that began in Iraq on Saturday has seen his body taken to five of the holiest sites for Shia Muslims — four or which are in Iraq and one in Mashhad, Iran’s second-largest city. Having been taken earlier on Sunday to Ahvaz, southwestern Iran, in commemoration of Soleimani's part in the battle against Iraq in the 1980s, the body is now being taken slowly through the streets to Mashhad’s holiest shrine, where the eighth Imam of Shias, Reza, is buried. In a sign of the depth of the mourning, the shrine’s green flags have been replaced by black ones. Iranian media and analysts estimated that as many as 1m people — a third of Mashhad’s population — had turned out on to the streets.

Mourners, which included men, women and children from all walks of life, carried religious and revolutionary mementos, and posters featuring Soleimani, head of the Iranian Revolutionary Guard’s overseas forces, called for retaliation. Placards read “Tough revenge” and “We resist to the end”. His posters read: “Your flag will not remain on land” and “A world will take revenge for you”.

Although crowd estimations varied, the number of mourners could have overtaken the size of Trump's own inauguration, which was estimated to have between 300,000 and 600,000 in attendance.

The Trump administration was caught repeatedly lying about the size of the inauguration crowd.

According to The Syria Times, "millions" are participating in the mourning of Soleimani's death.