Trump has aligned himself with the 'Prosperity Gospel' scam and is helping to sell it to his evangelical base: op-ed 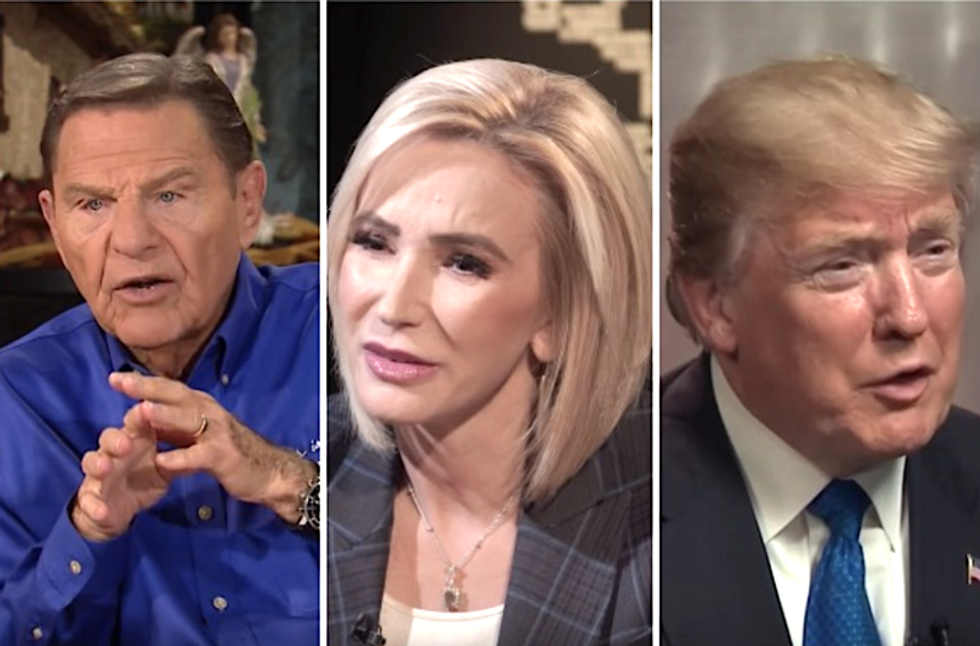 President Trump's spiritual adviser and current chair of the White House evangelical advisory board, Paula White, is a proponent of the "Prosperity Gospel" -- a controversial Christian theology that says if believers give money to churches and religious leaders, they will be rewarded with health and wealth by God. This Friday, he used one of the largest Prosperity Gospel platforms in the country for the kickoff of his "Evangelicals for Trump" initiative when he hosted a rally at Miami’s King Jesus International Ministry. According to Brendan Clarey in an op-ed for AZ Central, Trump is sending a clear message to his evangelical base: Prosperity Gospel and Trump’s promises "are as spiritually hollow as they are similar."

"Both rely on this basic principle: Give something now, get something later," Clarey writes.

According to Clarey, the Prosperity Gospel is exactly the opposite of Christ's teachings and the lives of his Disciples.

"These people didn’t receive back what they lost in earthly prizes or see their bank accounts increase," writes Clarey. "They sacrificed their lives for the sake of God’s true word in order to receive the gift of heaven. The prosperity gospel is based on the lie that you can get everything you want from the world by following God. The true Gospel is that Christ alone saves sinners like you and me from eternal punishment if we turn from our sin and follow him by God’s grace."

Clarey contends that Trump is trying to "sell himself to Christians as a political savior who, if they vote for him, can give them everything they’ve ever wanted politically and culturally" -- just another example of him "selling what he cannot possibly deliver."

Read the full piece over at AZCentral.com.