Trump impeachment trial: The big picture -- and 10 things you need to keep in mind 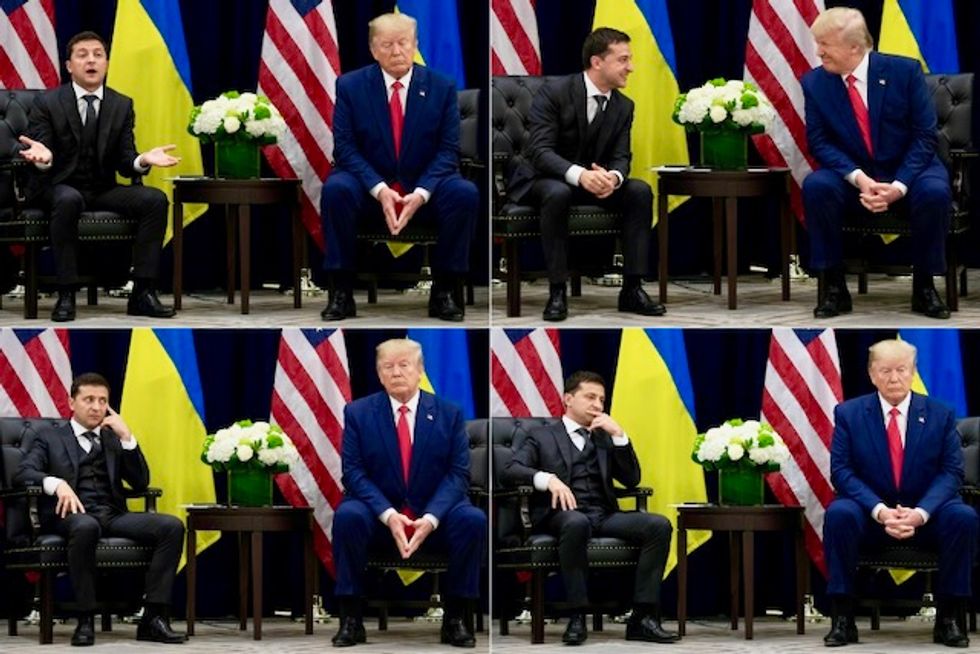 Don’t get bogged down by the marathon minute-by-minute coverage of the Senate impeachment trial stretching late into the night. Don’t get overwhelmed by all the complex procedural maneuvers aimed at securing a fair and open trial with witness testimony and new documents that Republicans want to prevent at all costs.

We must stay focused on the big picture.  Here are the 10 big things you need to understand about the Senate trial and the historic moment our country is in right now.

1. Trump’s attempt to get foreign powers to help him win the 2020 election is an impeachable offense. It’s precisely the sort of thing the Framers of the Constitution worried about when they created the impeachment clause. If presidents could seek foreign help winning elections, there would be no end of foreign intrusions into American sovereignty and democracy.

2. But under the impeachment clause of the Constitution, sixty-seven United States senators are needed to convict Trump. That means that even if every Democratic senator votes to oust him, twenty Republican senators would need to join them in order for Trump to be removed from office.

3. The odds that twenty Republican Senators will do so are exactly zero. Zilch.

4. That’s because there are not twenty Republican Senators with the courage and integrity to protect the Constitution and the nation from the most dangerous and demagogic president in history. Led by Midnight Mitch McConnell, Republican Senators are engaged in a concerted coverup of some of the most outrageous conduct ever committed by high-level government officials. Even so-called moderates like Susan Collins and Mitt Romney can’t be relied on to grow a spine and conduct a fair trial.

5. Why not? Because they want to keep their jobs, and they fear Trump’s sway over their voting base and his massive fundraising apparatus.

6. Trump’s overall job ratings have not changed a bit in the wake of his impeachment in the House, just as they have remained remarkably stable over the course of his presidency. In the most recent polls, 40 percent of Americans – including, importantly, 90 percent of Republican voters – approve of the way Trump is handling his job as president, while 58 percent say they disapprove. These percentages are exactly the same as they were in September, before the House of Representatives launched its formal impeachment inquiry and voted to impeach Trump.

7. Why do 90 percent of Republican voters approve of Trump? Because he has convinced them he’s on their side and that he’s the victim of a plot orchestrated by the establishment and deep state bureaucrats to oust him.

8. How has he kept his base so dedicated? By lying constantly, casting the mainstream press as biased and untrustworthy, relying on Trump’s propaganda machine (also known as Fox News) and right-wing radio to trumpet his lies, using Twitter and Facebook to deliver those lies directly to his followers, and fomenting the “culture war” — employing deep divisions over race, guns, religion, and immigrants — to continuously feed his base.

9. Where’s the money coming from? From the American oligarchy – billionaires, CEOs, corporate executives, and the denizens of Wall Street – who are funding the Republican Party and bankrolling Trump and his propaganda machine. They’re doing this because they’re raking in billions thanks to the Trump-Republican tax cuts and regulatory rollbacks. Trump is already promising them more if he gets a second term. “The attitude of the business community toward the Trump Administration appears quite positive,” said Stephen Schwarzman, who runs Blackstone, the world’s largest investment fund. “We are all adjusting to his abnormal behavior,” said former White House Communications Director and Trump ally-turned-enemy, Anthony Scaramucci. “The economic strength helps their cognitive dissonance.”

10. What can the rest of us do? Vote Trump out of office this November, and convince everyone you know to do so as well. It may seem daunting, but remember: We already beat the liar-in-chief by 2.8 million votes in 2016. And the 2018 elections had the highest turnout of any midterm election since 1914 – handing House Republicans their most resounding defeat in decades. People are outraged, mobilized, and ready to keep fighting. If we come together, we will prevail.