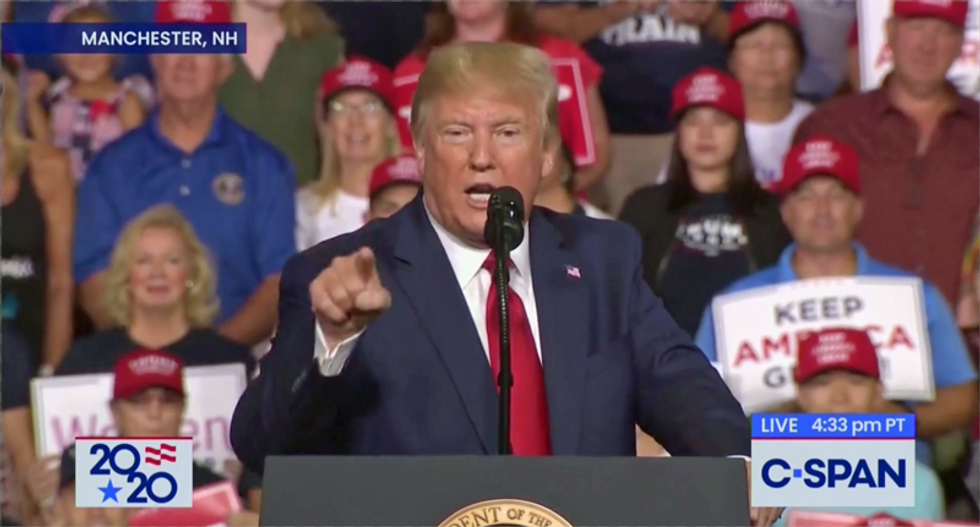 Trump attacked Sen. Bernie Sanders (I-VT), Speaker Nancy Pelosi (D-CA) -- who he referred to as "Nervous Nancy" -- during his speech.

Without offering any evidence, Trump argued that Pelosi would have leaked word of the attack to the "fake news" media.

"That's a lot of corruption out there," Trump said, pointing to the press corps.

Trump attacks Democrats for not supporting his killing of Soleimani and then, as his fans shout out abuse, transiti… https://t.co/FoZw2xB6gA
— Aaron Rupar (@Aaron Rupar) 1578616908.0