Trump ridiculed as a ‘big baby’ for showing kids a map of 2016 results: ‘It’s his blankie’ 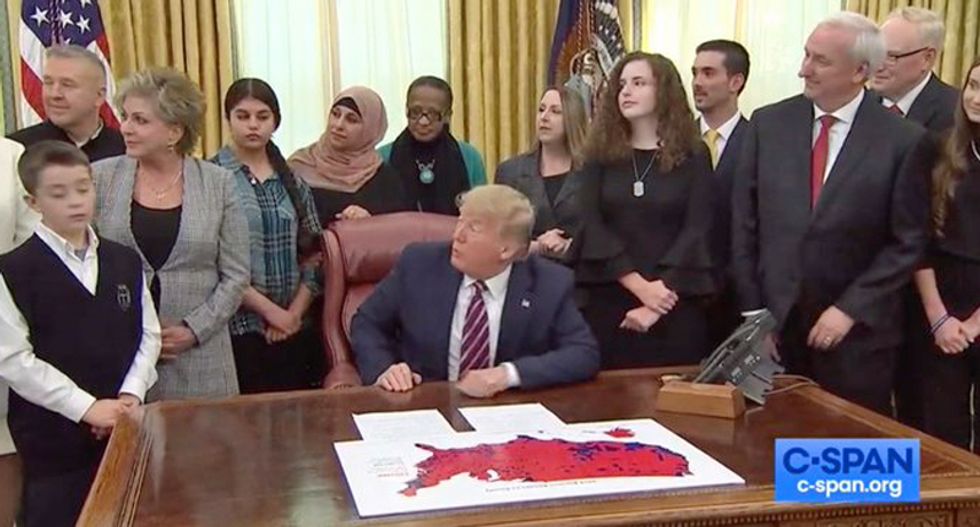 President Donald Trump was blasted as a "baby" for apparently worrying about his legitimacy after two articles of impeachment were transmitted from the House of Representatives to the U.S. Senate.

The map, however, is misleading as it shows the election results by area. But land does not vote, people do. And despite the largely-red map, Trump lost the popular vote in 2016 by 2,868,686 votes.

Aaron Rupar, a reporter at Vox, posted a photo of the event on Twitter.

"Trump, like a big baby, has a map of the regions that voted for him in 2016 splayed out on his desk during the prayer event," Rupar wrote.

His tweet was noticed by MSNBC anchor Chris Hayes, who added his own analysis as the father of three young children.

"It's his blankie," Hayes noted.