Trump scorched for his lies about pre-existing conditions: he has been 'pressing for full repeal' 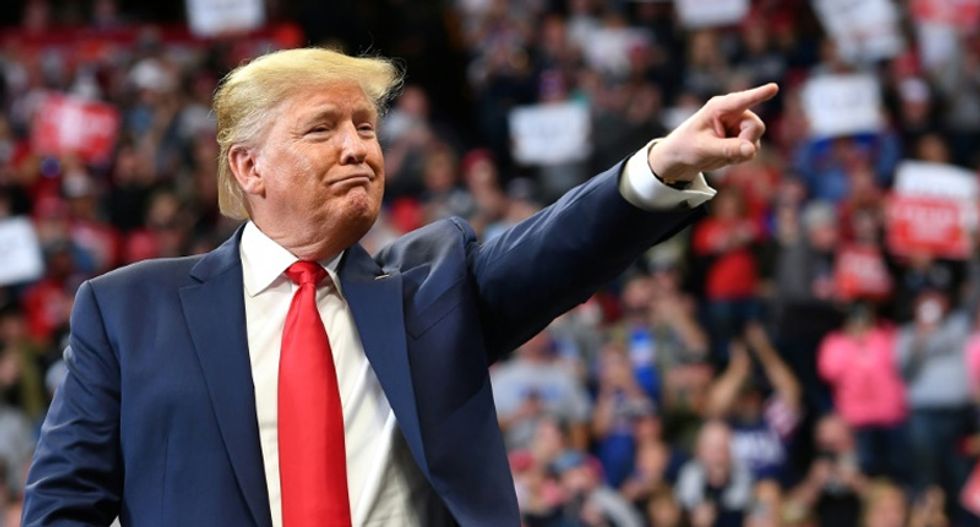 "I was the person who saved Pre-Existing Conditions in your Healthcare, you have it now, while at the same time winning the fight to rid you of the expensive, unfair and very unpopular Individual Mandate," Trump tweeted on Monday, prompted by a series of brutal ads placed by presidential candidate Mike Bloomberg laying out how the president was undermining health coverage for millions of Americans.

"People with preexisting medical problems have health insurance protections because of President Barack Obama's health care law, which Trump is trying to dismantle," stated MPR. Furthermore, the "short-term" plans Trump is pushing as his alternative to the ACA marketplace do not cover preexisting conditions, and neither they nor the "association health plans" Trump has expanded "appears to have made much difference in the market."

Additionally, noted MPR, "Trump's administration has been pressing in court for full repeal of the Obama-era law, including provisions that protect people with preexisting conditions from health insurance discrimination ... Before the Affordable Care Act, any insurer could deny coverage — or charge more — to anyone with a preexisting condition who was seeking to buy an individual policy."