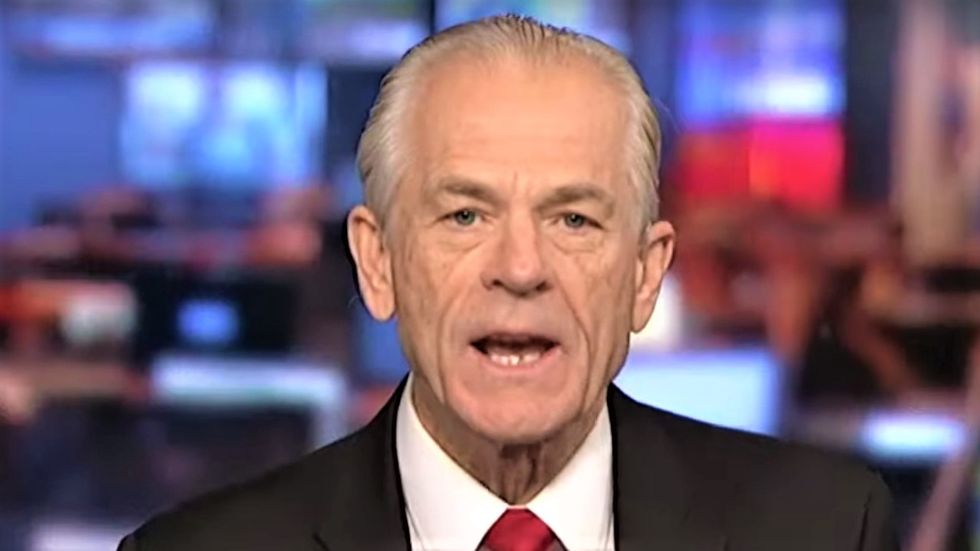 On CNN Saturday, commentator Michael Smerconish pressed President Donald Trump's trade adviser Peter Navarro on the national debt — and after he caught Navarro trying to blame Democrats for a deficit increase Republicans had in fact passed with no Democratic support, he gave a barely comprehensible answer.

"The difference, Michael, is the culture of the Trump administration is every single day we think about creating jobs for America, particularly for people who work with their hands," said Navarro. "We do it at the macro level with things like tax cuts, deregulation and fair trade. We do it at the micro level by helping shipyards and combat vehicle production facilities and everywhere across this great land."

"Okay, question, not to be a Debbie Downer. I'm thrilled about the job numbers," said Smerconish. "How about this, how about what the folks at the Peterson Foundation say, you know, they remain alarmed about the nature of the federal debt and deficit. Those numbers continue to escalate. What about that? I was born of an age when the Republican Party was the party of fiscal prudence."

"Well, elections do have consequences, Michael, and we had to negotiate with the Democratic House on this last budget go-round. and we spent more than we otherwise would have," said Navarro.

"But that sounds like you're laying it off on the D's, even though it's that tax cut, right, that ended up costing more than it was bringing in?" said Smerconish.

"Well, here's the thing," said Navarro. "Again, the culture of the Trump administration, if we want to balance the budget, the best way to do that is grow at 3 percent or 3.5 percent, instead of 2 percent. That generates trillions of dollars of tax revenues. That's what our focus is. In 2019, if the Federal Reserve hadn't raised rates too fast, too far, and molded them too slowly, we probably wouldn't have had the growth. viewers here, it's a great year in 2020 with the economy. Wages are going to continue to rise. and the stock market is going to continue to rise. And this is all about President Trump doing that, again, both at the macro level, and at the micro level, one job at a time."