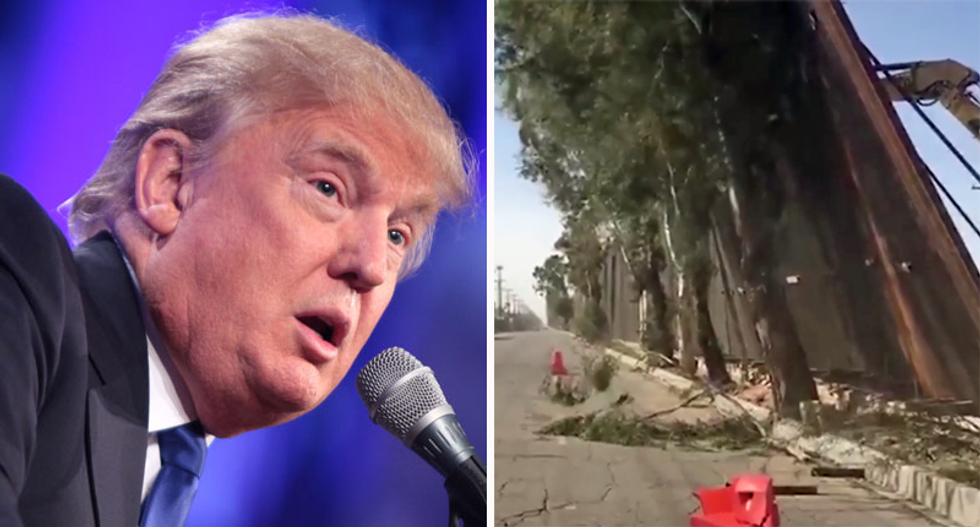 President Donald Trump's much-hyped border wall suffered an embarrassing setback when newly installed panels in his fence blew over in the wind -- and landed on the Mexican side of the border.

"Mexicali police have confirmed with News 11 that a portion of the new border wall fell on the Mexico side of the border, landing on several trees," KYMA-TV reported Wednesday. "A portion of the wall landed on the trees, preventing it from hitting the ground. It runs about 130 feet in length."

Trump's border wall construction has faced setbacks since Mexico refused to pay for it, as Trump had constantly promised during his 2016 campaign.

The wall falling over was not the only news on the project reported by KYMA-TV on Wednesday.

"A team of federal agents has uncovered the longest illegal border tunnel ever found along the southwest border," KYMA-TV reported. "Members of the San Diego Tunnel Task Force (SDTTF) first discovered the tunnel's entrance in late August of 2019. Subsequent investigation revealed it to be a record-breaker."

The tunnel is said to stretch over 4,300 feet -- which is more than three-quarters of a mile.