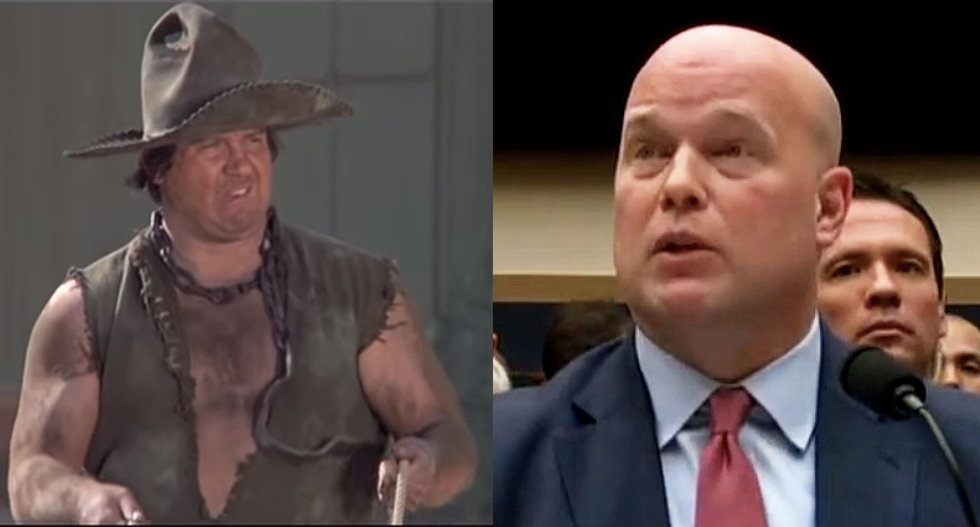 After President Donald Trump fired Attorney General Jeff Sessions, he had lawyer and politician Matthew Whitaker take over as the acting AG.

There was a fear that Whitaker would "blow up" the special counsel investigation into the Russian hack on the 2016 election because he'd indicated appointing Robert Mueller was "ridiculous."

In the new book Very Stable Genius, published by Washington Post reporters, it was revealed that no one took Whitaker seriously.

“Administration lawyers came up with a nickname for Matthew Whitaker, the former acting attorney general. They called him Mongo, after the illiterate galoot played by Alex Karras in the Mel Brooks movie ‘Blazing Saddles,'" the book says, according to Politico's Blake Hounshell.

As a fact-check, Mongo had hair.

You can see a clip of Mongo in the film below: