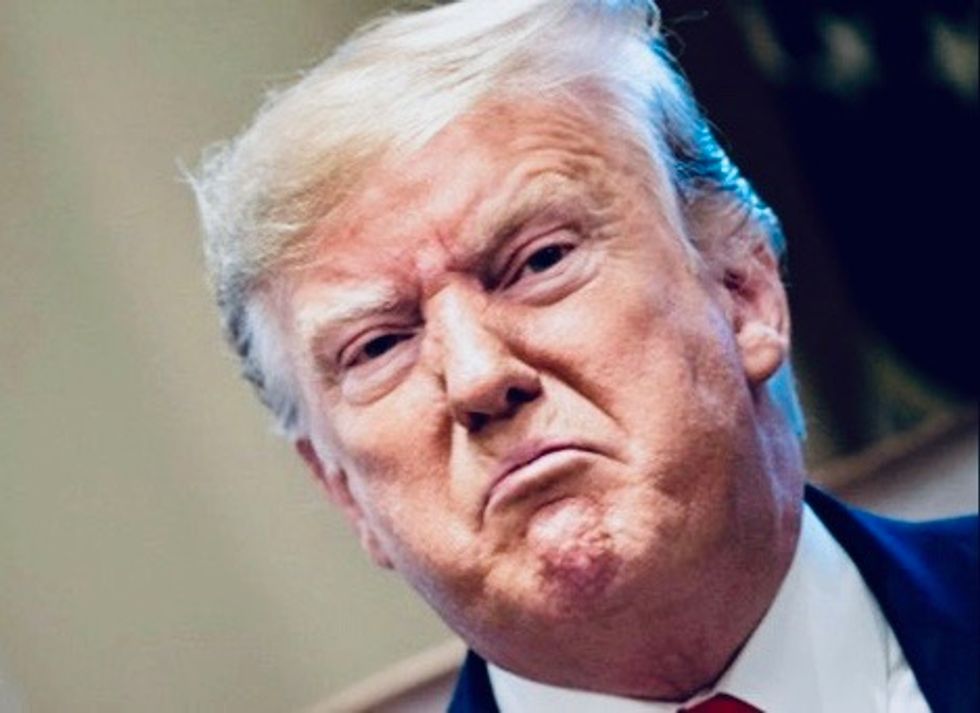 Low confidence in Trump was expressed even before the president escalated tensions with Iran with the assassination of Qasem Suleimani.

Even before President Donald Trump stunned the international community by ordering the assassination of Iranian military commander Qasem Sufleimani last week, people around the world had little confidence in Trump's handling of global affairs.

In a Pew survey taken of nearly 37,000 people in 33 countries between May and October 2019 and released Wednesday, 64% of respondents said they did not have confidence that Trump would do "the right thing" when making decisions about relations with other countries.

The Pew Research Center asked respondents whether they favored a number of Trump's most significant decisions up to last year, including his withdrawal from the Iran nuclear deal and the Paris climate agreement, his proposal to build a wall along the southern U.S. border as well as other aggressive anti-immigration policies aimed at deterring immigration, and his decision to increase tariffs on imported goods.

Respondents in Mexico had the least favorable view of Trump. The president was viewed negatively by 89% of people in the country that the president claimed in 2015 was sending its "most unwanted people" including "criminals, drug dealers, rapists" to immigrate to the United States.

The president also had low favorability ratings in European countries including the Netherlands, Spain, Sweden, Germany, and France, with about three-quarters of people in those countries saying they weren't confident in Trump's foreign policy decisions.

In the last year of his first term, Trump's results were similar to those of George W. Bush at the end of his second term as president, five years into the Iraq War and around the time that the speculation on Wall Street sent the global economy into a meltdown.

It is "worth reiterating the damage Trump is doing to our alliances at a moment when we could use steadfast allies," political scientist Brian Klaas tweeted, along with a chart showing the difference between global opinions regarding Obama during his presidency versus those of Trump.

Worth reiterating the damage Trump is doing to our alliances at a moment when we could use steadfast allies. Conf… https://t.co/TediVZOstS
— Brian Klaas (@Brian Klaas) 1578505292.0

Richard Wike, director of global attitudes research at Pew, wrote that negative attitudes about U.S. leadership plummeted during Bush's tenure due to the perception of the U.S. as an "unchecked superpower," while people today see Trump as isolating the U.S. from the global community by breaching and withdrawing from international agreements.

"In the Trump era, by contrast, critics are less concerned about the exercise of unrivaled U.S. power than they are about a U.S. retreat—from both global leadership and liberal democracy," wrote Wike.

Pro Publica
The day after Russia’s February invasion of Ukraine, Senate Intelligence Committee Chairman Mark Warner sent a letter to Google warning it to be on alert for “exploitation of your platform by Russia and Russian-linked entities,” and calling on the company to audit its advertising business’s compliance with economic sanctions.

But as recently as June 23, Google was sharing potentially sensitive user data with a sanctioned Russian ad tech company owned by Russia’s largest state bank, according to a new report provided to ProPublica.

Google allowed RuTarget, a Russian company that helps brands and agencies buy digital ads, to access and store data about people browsing websites and apps in Ukraine and other parts of the world, according to research from digital ad analysis firm Adalytics. Adalytics identified close to 700 examples of RuTarget receiving user data from Google after the company was added to a U.S. Treasury list of sanctioned entities on Feb. 24. The data sharing between Google and RuTarget stopped four months later on June 23, the day ProPublica contacted Google about the activity.

Six Republicans on the Supreme Court just announced—a story that has largely flown under the nation's political radar—that they'll consider pre-rigging the presidential election of 2024.

Republican strategists are gaming out which states have Republican legislatures willing to override the votes of their people to win the White House for the Republican candidate.