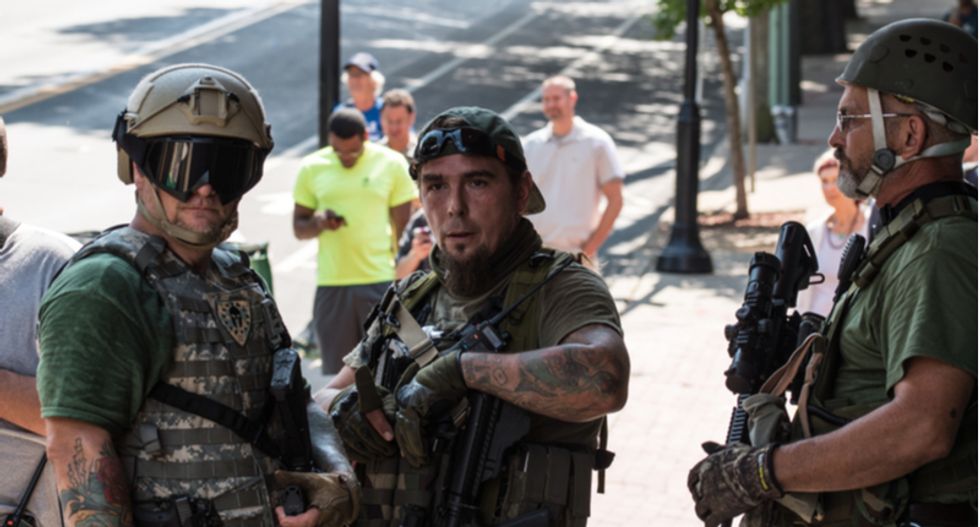 After winning control of Virginia's state government this November, Democrats promised to pass a series of run-of-the-mill gun control laws, including background checks and a ban on military-style assault weapons -- policy proposals that sparked the furor of the state's gun rights activists. Now, some of these activists are warning of violence, even sending death threats to multiple lawmakers, Lois Beckett reports for The Guardian.

"At heated public meetings across the state and in long social media comment threads, some gun rights supporters are openly discussing the possibility of civil war," Beckett writes. "Many have warned of the need to fight back against 'tyranny' or have compared Democratic lawmakers to the British forces during the revolutionary war."

Extremist gun rights groups also attract militias and white supremacists who hope to use the growing pro-gun protest movement "as a potential flash point that could lead to civil war and social breakdown, according to an analyst at the Anti-Defamation League."

"Some observers worry these tensions may come to a head on 20 January, when a lobby day against gun control at Virginia’s state capitol is expected to attract thousands of people, including members of anti-government groups from other states," writes Beckett. "Local residents are concerned the day could turn violent, like the 2017 Unite the Right rally in nearby Charlottesville, Virginia."

Read Beckett's full report over at The Guardian.