WATCH: Bernie Sanders tried to shake Elizabeth Warren's hand after the debate -- and was rejected 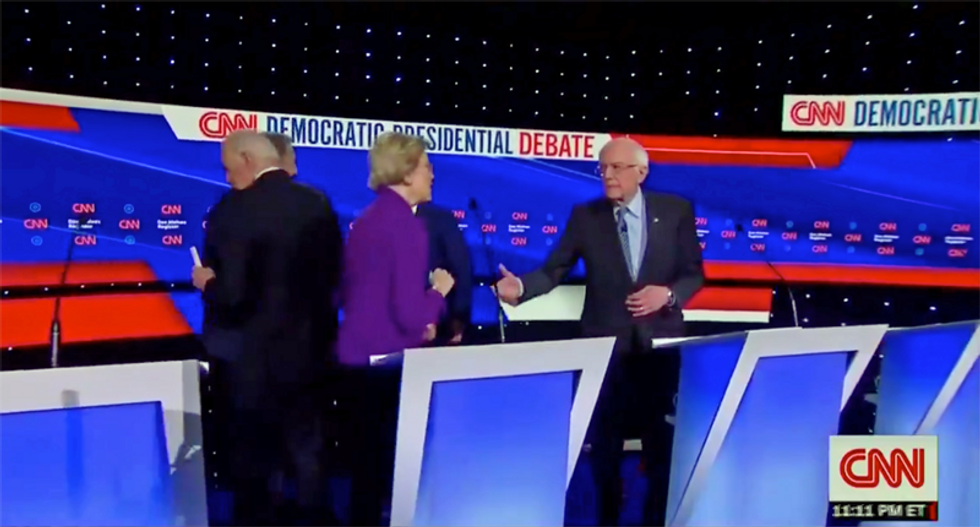 The two have been engaged in a back-and-forth, with both sides claiming dishonesty from the other, about disputed comments Sanders made about the electability of female candidates running against President Donald Trump.

Tom Namako of BuzzFeed News posted a short clip of the two candidates following the end of the CNN debate.

Sanders can be seen holding out his right arm in a bid to shake hands with Warren, as is customary.

But Warren clenched her hand instead, rejecting Sanders' offer.

What was said between the two senators could not be heard on CNN's feed of the video.