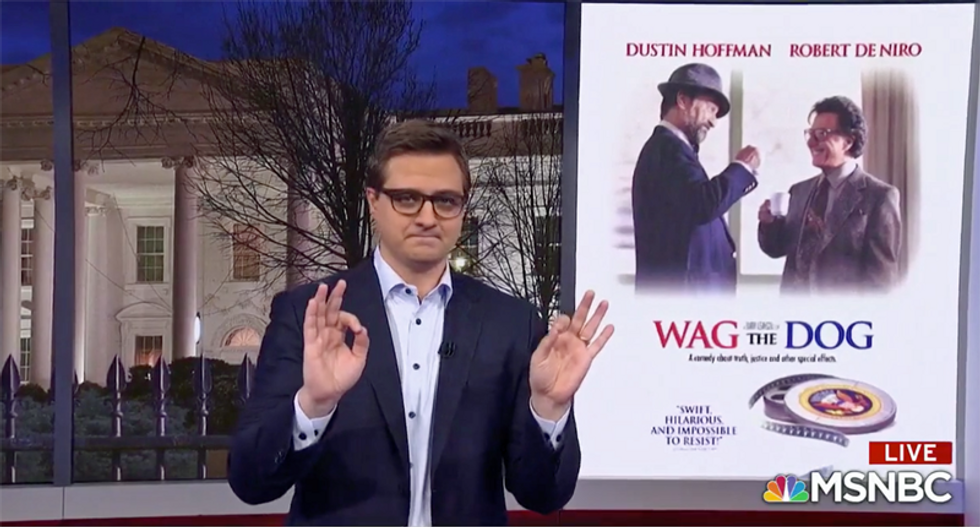 MSNBC anchor Chris Hayes presented a special "All In" before a live studio audience on Friday.

The host broke down the "Wag the Dog" theory that President Donald Trump ordered the assassination of Iranian General Qassim Suleimani to shore up his domestic political standing as he prepares for his Senate impeachment trial and campaigns for re-election.

Hayes said the assassination was "most drastic and reckless military operation this president has ordered so far" and that the Trump administration appeared to be "straight-up lying" in their shifting rationalizations for the hostilities with Iran."

He even examined video evidence showing Trump embracing the "Wag the Dog" theory.

Hayes also noticed multiple outlets are reporting that Trump ordered the attack to shore up his position with Republican senators who will be jurors in his impeachment trial.

"What a damning admission by the man himself," Hayes noted.