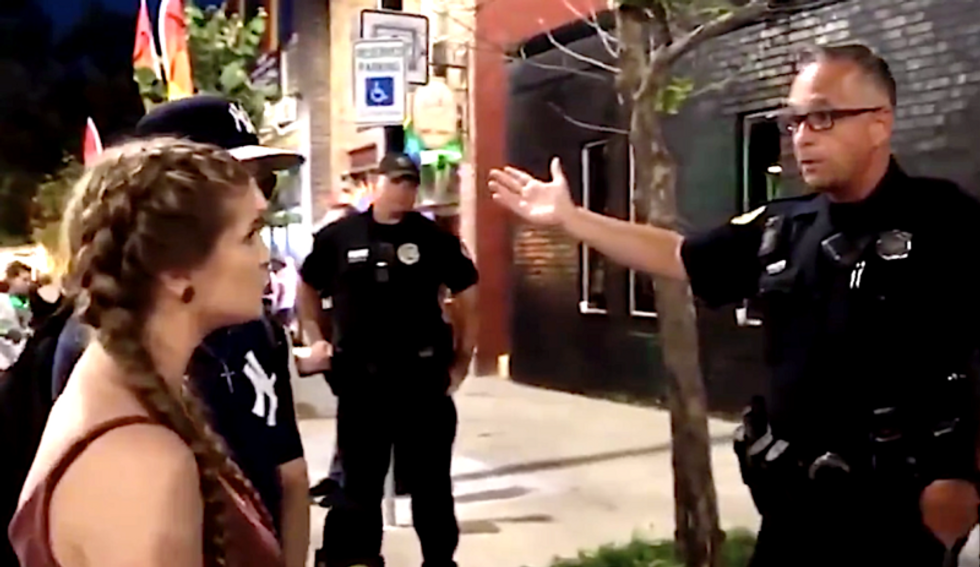 Kaitlin Bennett is a right-wing pro-gun, pro-Trump activist who first came to fame when her college graduation photos showing her sporting an assault rifle went viral. Now she's going viral again, but this time it's due to her less-than-persuasive interview skills.

Bennett conducts interviews for Liberty Hangout, a self-described “libertarian media outlet” that publishes weekly videos online. Last year, she took her mic and  InfoWars camera crew to an LGBT+ Pride event in Des Moines and an interview she conducted with a police officer is getting some renewed attention.

Some Pride attendees apparently complained about Bennett, prompting the officer to tell her and her camera crew to leave people alone. Bennett protested, but it was the cop's straightforward and logical demeanor that's making the clip so popular.

"You clearly don’t like what they’re up to,” the officer sternly said, after Bennett protested the complaints.

“I don’t care what they’re up to," Bennett shot back.

“Then go away,” the officer replied, “There’s no reason to interview anyone.”

Bennett, who is famous for doing 'gotcha' interviews with college kids about various aspects of the liberal agenda, accused the cop of making "accusations" when he's supposed to be standing up for "the truth."

“I’m not making any accusations other than what I believe is taking place here,” the cop said.

i literally hate kaitlin bennett so much she came to pride, started harassing and questioning the people there go… https://t.co/IZtdRsMedZ
— el (@el)1579115185.0