WATCH: Putin and Assad caught on video laughing as they mock Trump during Damascus meeting 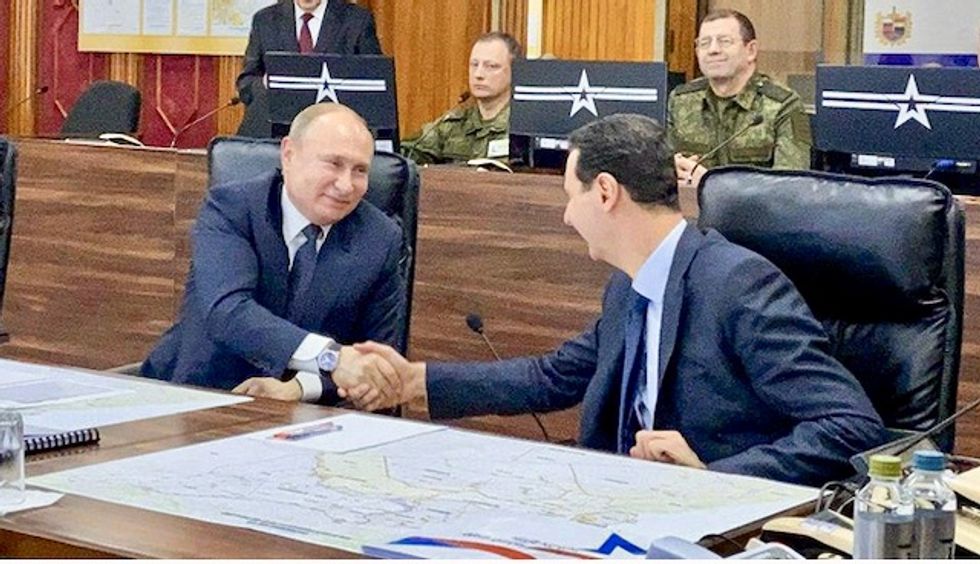 "If Trump arrives along this road [to Damascus], everything will become normal with him too," Assad said, according to a translation of the conversation. Putin then quipped that Trump would jump at the offer and if not, he'll convince him to visit the country's capital. "It will be repaired… invite him. He will come." Assad replied that he's ready to invite Trump. Putin then smiles and says, "I will tell him."

The inspiration for the joke was the biblical story of the Apostle Paul, who was struck blind by God while on a road to Damascus, only later to be transformed into a follower of Christ.