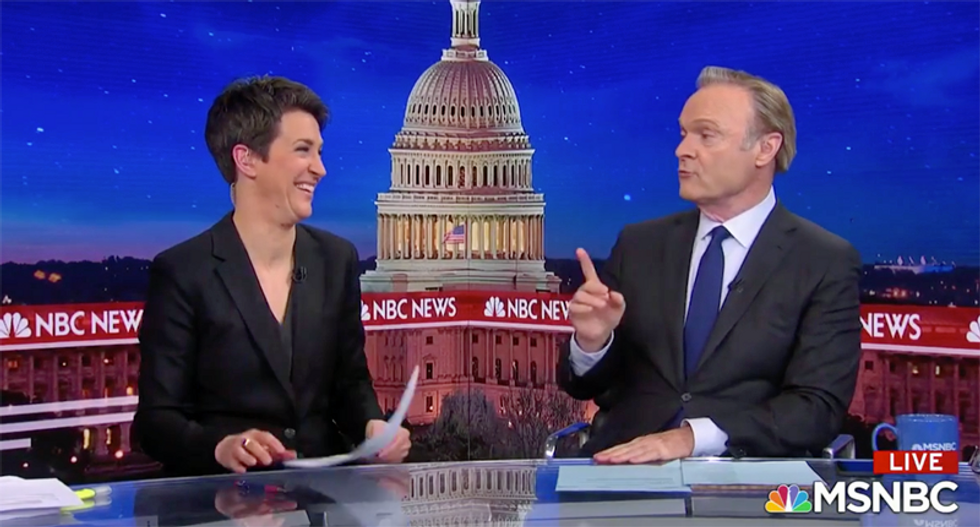 MSNBC anchor Rachel Maddow on Tuesday reported on the effort by "Republicans for the Rule of Law" to convince GOP senators that the party may be better off with Mike Pence in the Oval Office.

If Trump is convicted in his impeachment trial and removed from office, Vice President Pence would ascend to the presidency.

"Here it is in the wild. This is a billboard truck that puttered around Washington, D.C. all day, shuttling between the capitol and the White House and the Trump Hotel," Maddow reported, showing images of the moving billboard.

Moddow noted that on one side the truck read, "Remove Trump for Pence" and on the other, "Pence, it could be worse." 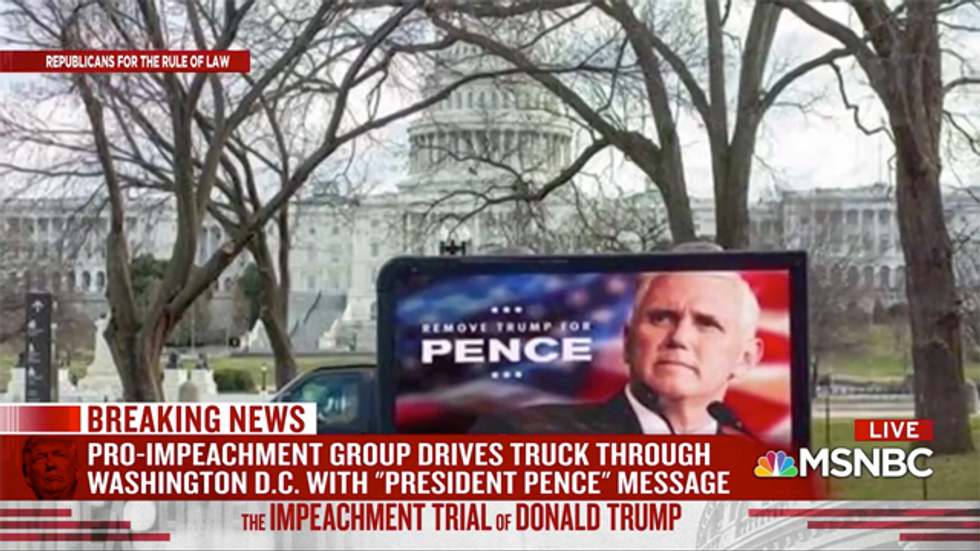 "Mike Pence is a bland, boring, completely ordinary conservative Republican from Indiana. And if the Senate does its duty, he's going to replace the disaster currently in the White House," the website reads.

She was joined in studio by MSNBC anchor Lawrence O'Donnell.

"So much for overturning an election," O'Donnell said. "If Donald Trump is removed from office, you get the other guy that people voted for when they voted for Donald Trump."

"Um-hmm," Maddow replied. "You get Donald Trump's personal choice of the guy he'd most like to succeed him, if anything happens to him."

"Nothing to it," O'Donnell added.