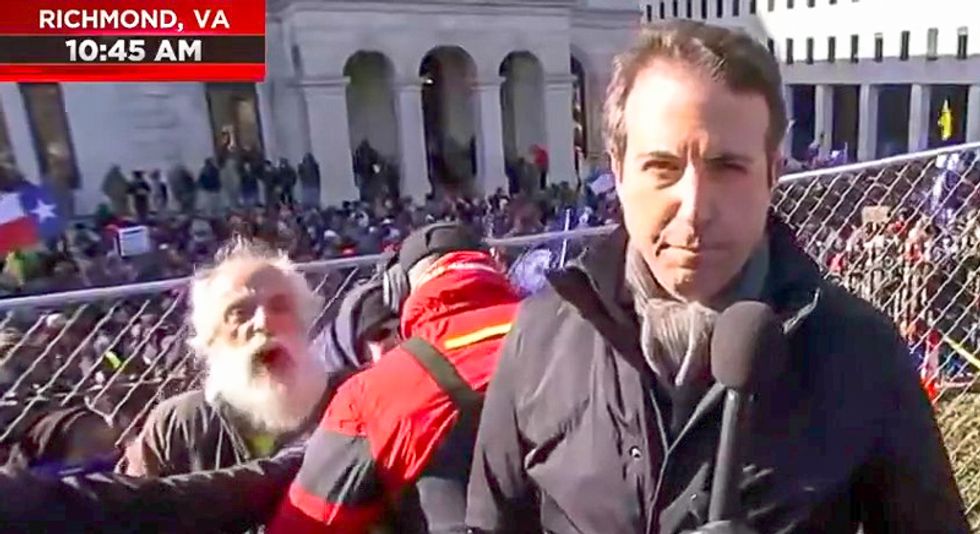 A gun rights activist in Virginia went ballistic on Monday when he saw an MSNBC correspondent reporting from a Second Amendment rally.

NBC's Gabe Gutierrez was finishing up his live report at the Richmond demonstration when a man burst into the shot.

The man rattled off a string of profanities and capped it off with "f*ck you." Several security guards blocked the man from getting close to Gutierrez.

"Apologies for some of the background noise you just heard," MSNBC host Hallie Jackson said as the network cut the sound.