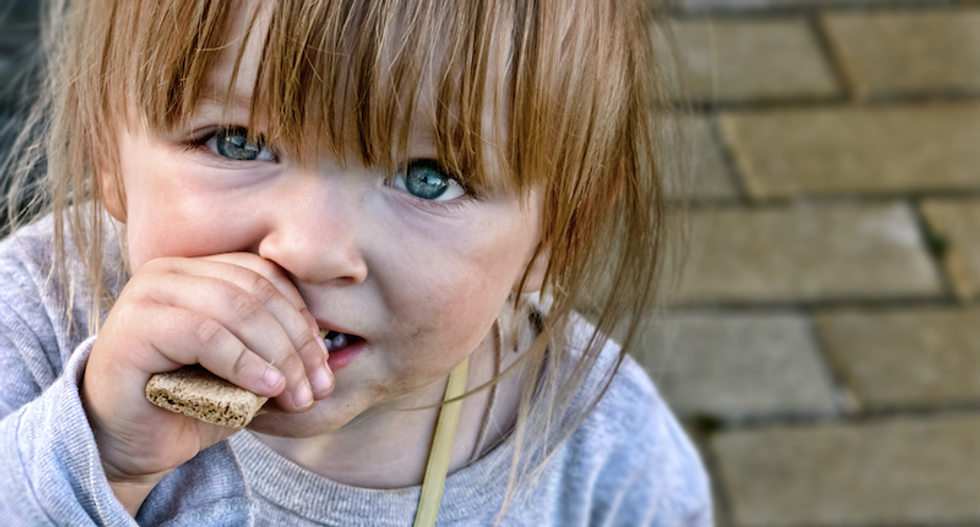 The state of West Virginia has had similarly strict requirements on food stamps for the past few years, and the New York Times reports that this policy has increased food insecurity without having a significant impact on employment.

Peyton and her husband both work -- but their jobs don't offer steady enough hours for them to consistently qualify for food stamps.

All of this has put an added strain on local food banks that have seen a significant increase in clients since the policy change.

"A few years ago, at the first of the month we would be slow and toward the end of the months we would be busy," Diana Van Horn, who runs a food pantry at the Trinity Episcopal Church in the West Virginia town of Milton, tells the Times. "Now we are busy all the time."

And Cynthia Kirkhart, who runs the region's major food bank, tells the Times that people started showing up at the warehouse asking for food after the stricter work requirements were put in place.

West Virginia resident Jerome Comer says that many people in the state simply cannot find jobs because they can't afford a car.

"You say, ‘Well, they’re able-bodied Americans.’ Yeah, but they live 40 miles out in the holler," he tells the Times. "They can’t walk to McDonalds."