'You're not a dictator': Nancy Pelosi announces vote to limit Trump’s war powers 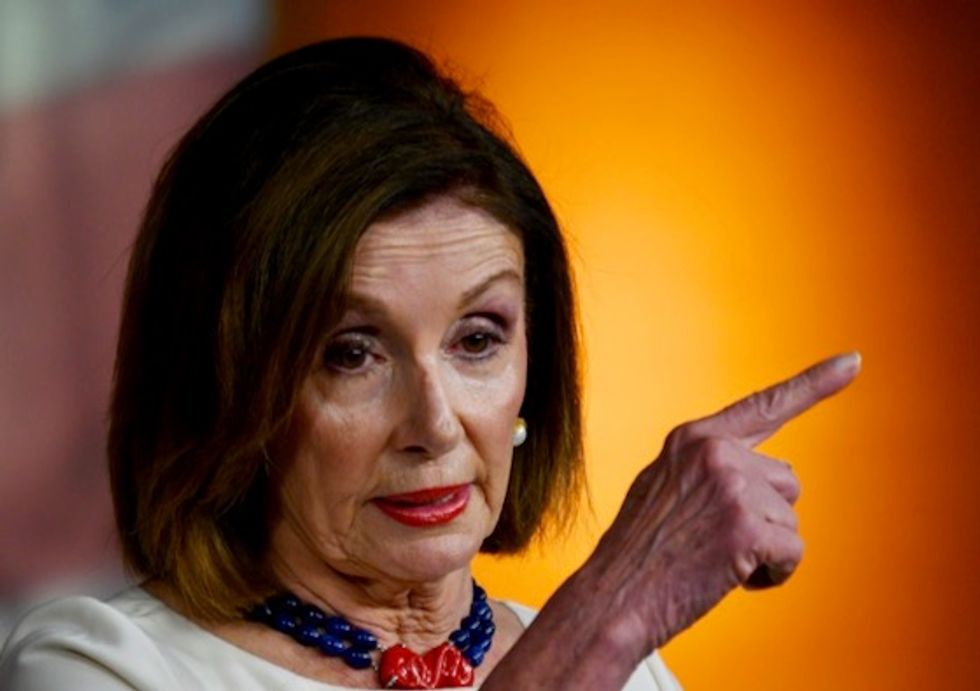 Pelosi sent a letter to House Democrats decrying Trump’s ordered killing of a top Iranian general as a “provocative and disproportionate” attack.

“As members of Congress, our first responsibility is to keep the American people safe,” Pelosi said. “For this reason, we are concerned that the administration took this action without the consultation of Congress and without respect for Congress’ war powers granted to it by the Constitution.”

Pelosi said in the letter that the House would vote on a “war powers resolution to limit the president’s military actions regarding Iran.”

A similar resolution was already introduced by Sen. Tim Kaine, D-Va., in the Senate.

Pelosi said the bill “reasserts Congress’ long-established oversight responsibilities by mandating that if no further congressional action is taken, the administration’s military hostilities with regard to Iran cease within 30 days.”

The planned vote comes as congressional Democrats and the Trump administration spar over the military airstrike, which killed Iranian Gen. Qassem Soleimani in Baghdad last week. Pelosi criticized Trump for escalating tensions with Iran without authorization from Congress — and without informing the legislative branch at all.

If Congress wants to be informed on escalating tensions with Iran, Trump tweeted, it should read his Twitter feed.

“These Media Posts will serve as notification to the United States Congress that should Iran strike any U.S. person or target, the United States will quickly & fully strike back, & perhaps in a disproportionate manner,” Trump tweeted Sunday. “Such legal notice is not required, but is given nevertheless!”

Under the War Powers Act of 1973, the president is required notify Congress within 48 hours of ordering a hostile military action.

"This Media Post will serve as a reminder that war powers reside in the Congress under the United States Constitution. And that you should read the War Powers Act. And that you’re not a dictator," the committee replied.

Committee Chairman Eliot Engel, D-N.Y., called for a House vote to “stop the administration from going to war with Iran without Congress’ approval.”

“We need to send a clear message to the White House: don’t plunge this country into an ill-conceived war against Iran,” he wrote on Twitter.

Congressional Democrats are not the only ones furious at Trump’s move. The Iraqi parliament voted on Sunday to approve a resolution calling on the government to end U.S. troop presence in the country. Trump responded with a threat.

“If they do ask us to leave, if we don’t do it in a very friendly basis, we will charge them sanctions like they’ve never seen before ever. It’ll make Iranian sanctions look somewhat tame,” Trump told reporters on Air Force One while returning to Washington after a two-week stay at his Mar-a-Lago resort in Florida. “If there’s any hostility that they do anything we think is inappropriate, we are going to put sanctions on Iraq — very big sanctions on Iraq.”

Trump also threatened on Twitter to respond to any Iranian retaliation by hitting “52 Iranian sites,” including some that are “very high level” and “important to Iran & the Iranian culture.”

Many scholars pointed out that targeting cultural sites constitutes a war crime, and administration officials insisted that Trump did not mean that he would attack cultural sites. But Trump doubled down on his threat on Air Force One.

“President Trump should publicly reverse his threats against Iran’s cultural property and make clear that he will not authorize nor order war crimes,” Andrea Prasow of Human Rights Watch said. “The U.S. Defense Department should publicly reaffirm its commitment to abide by the laws of war and comply only with lawful military orders. Trump’s threat to attack Iran’s cultural heritage shows his callous disregard for the global rule of law.”