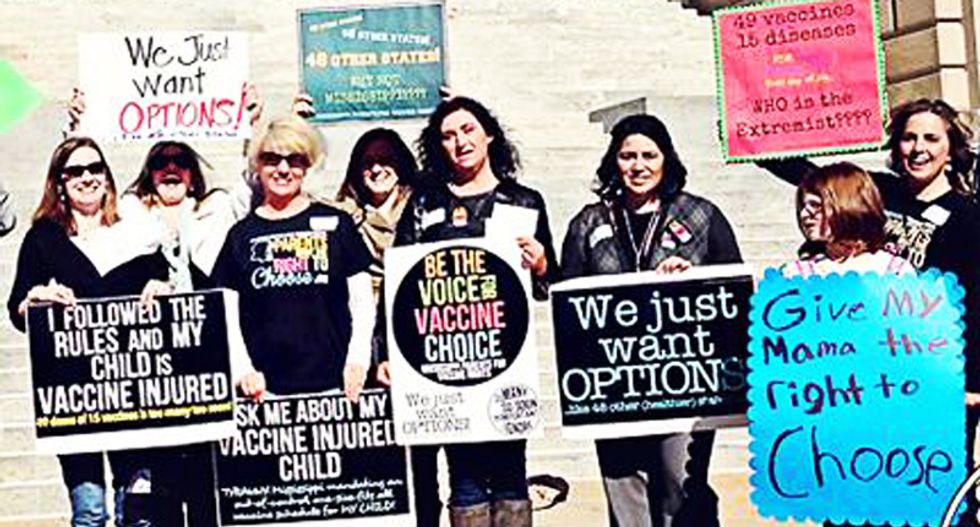 On Thursday, NBC News reported that a four-year-old boy in Colorado has died after his anti-vaccine mother chose advice from a Facebook group over her son's pediatrician.

Fellow members of the page, "Stop Mandatory Vaccination," advised her not to fill the Tamiflu prescription the doctor had prescribed after her son developed a fever and started to seize. Instead, as she complained that her "natural cure" regimen of peppermint oils, Vitamin C, and lavender were not working, they recommended breastmilk, thyme, elderberry, and even putting potatoes in his socks.

None of these substances alleviate the flu. And none of the nearly 50 comments on the mother's question recommended she seek medical attention for her son.

Stop Mandatory Vaccination, which boasts 139,000 members on Facebook, routinely peddles conspiracy theories linking vaccines to autism, and suggesting that disease outbreaks are a government hoax designed to scare people into seeking unnecessary treatment. The group has mass contacted parents who have lost their children to accidental suffocation or Sudden Infant Death Syndrome (SIDS) and fed them propaganda that it was really vaccines that were responsible.

According to NBC reporter Branzy Zadrozny, the group is led by Larry Cook, "an internet marketer who hawks anti-vaccine books and films and raises cash through his website, accepting donations through PayPal that 'go directly to me,' according to his website."

"This is a tragedy and our thoughts are with his family and loved ones," said a Facebook spokesperson in an emailed statement. "We don’t want vaccine misinformation on Facebook, which is why we’re working hard to reduce it everywhere on the platform, including in private groups."

In recent months, Facebook has taken steps to restrict the spread of "antivaxxer" propaganda on its site, including scrubbing known anti-vaccine pages from search results, and prohibiting these pages from buying ads or creating fundraisers.